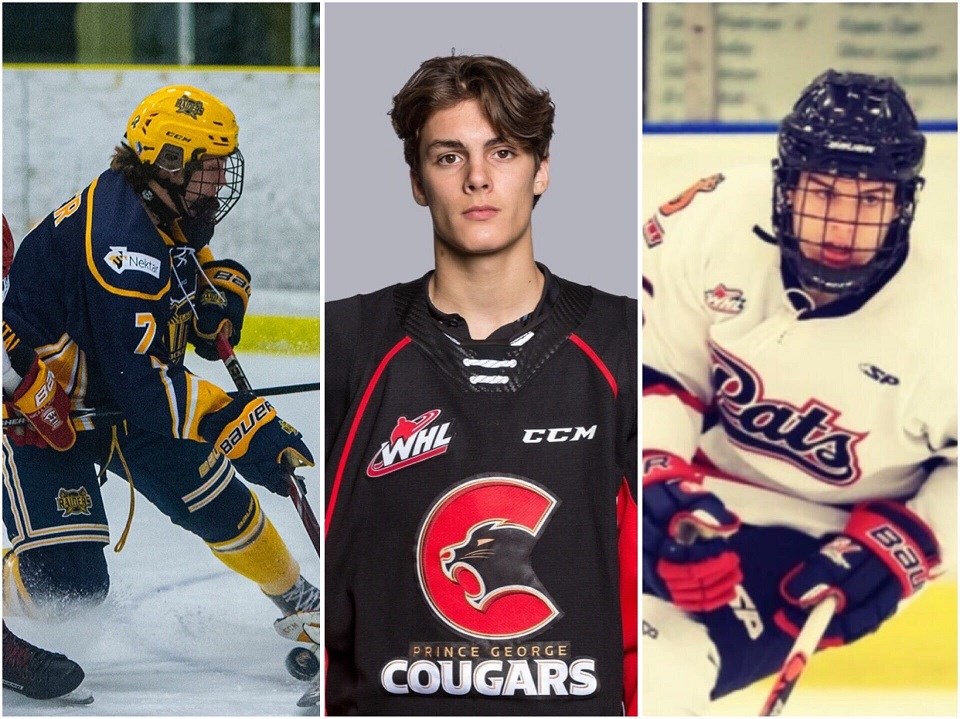 Some up-and-coming Prince George hockey stars are set to dazzle national-level coaches next month in hopes of slipping on the maple leaf in the Fall.

The camp, which is set to go virtual this year due to the COVID-19 pandemic and its continued uncertainties, is bringing in more than 110 prospects to eye spots on one of three Canadian teams at the 2020 World Under-17 Hockey Challenge.

At this point, the tournament remains scheduled to take place Oct. 31 to Nov. 7 on Prince Edward Island.

Dowhaniuk suited up for eight WHL games last year with the Cougars, contributing an assist and two penalty-minutes in that span before the 16-year-old was sent back to OHA Edmonton.

The defenceman tallied 22 points in 25 games, including 17 assists.

Ziemmer also made his WHL debut last season with the Cougars, but only played two games and managed to put two shots on net.

While playing for the St. Albert Raiders in Alberta’s under-18 league, he averaged a point per game, 26 in 26 games with 15 goals.

Gronick was the top rookie on his with the Regina Pat Canadians in Saskatchewan’s under-18 league last year, posting 35 points in 25 games.

All three prospects were taken by the Cougars in the 2019 WHL Bantam Draft.

It was also announced that Prince George’s Equipment Manager Ramandeep “Chico” Dhanjal will be part of Team Canada Red’s roster with the same title, marking the second straight year he’s participated in the international event.

In addition, @chicodhanjal has been named an Equipment Manager for Team Canada Red. pic.twitter.com/EPcRBYLJmv

COVID-19 forces Prince George Cougars to cancel annual charity golf tournament
Jun 10, 2020 10:35 AM
Comments
We welcome your feedback and encourage you to share your thoughts. We ask that you be respectful of others and their points of view, refrain from personal attacks and stay on topic. To learn about our commenting policies and how we moderate, please read our Community Guidelines.