Toddler dies in Burnaby after being left in a hot car 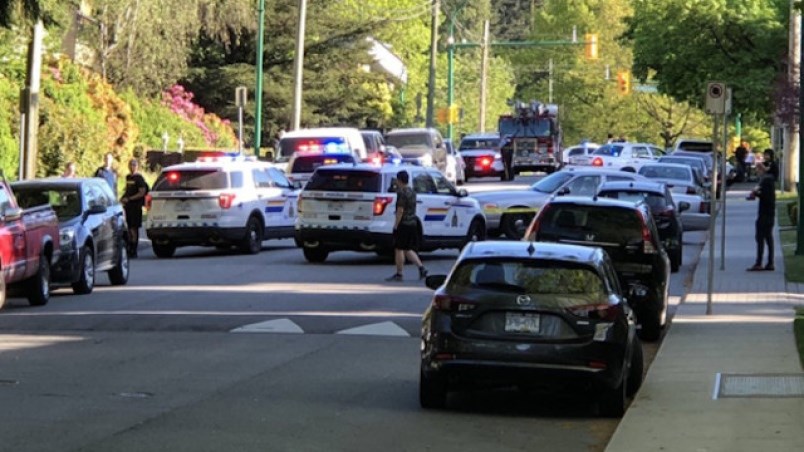 Police gathered Thursday at the scene of a toddler who died in a hot car in Burnaby. (via ahjayy/Twitter)

RCMP in British Columbia say a toddler has died after being left in a vehicle for hours during a spring heat wave.

Mounties in Burnaby say officers responded late Thursday afternoon to a report of an unconscious 16-month-old who was in a car near the city's Central Park.

Andy Watson with the BC Coroners Service confirms the child was a boy and says the office is in the early stages of its investigation.

Police say initial information provided to officers was that the child had been left unaccompanied in the car for a number of hours.

They say the infant's father was found at the scene and both parents are co-operating in the investigation.

No arrests have been made.

She says police are asking parents to be aware of the dangers of leaving children in vehicles, especially as the weather gets warmer.

"Police are also asking that parents are vigilant when transporting their children, double-checking the back seat of the vehicle to ensure it is clear before parking and leaving the vehicle," she says in a statement.

Several heat records were broken across the province on Thursday. In Metro Vancouver, temperatures inland reached into the mid-20s C.

– Burnaby Now, with files from The Canadian Press