‘Kings couldn’t clique on offense night after eight goals against Bulldogs
Sep 29, 2019 9:30 AM By: Kyle Balzer 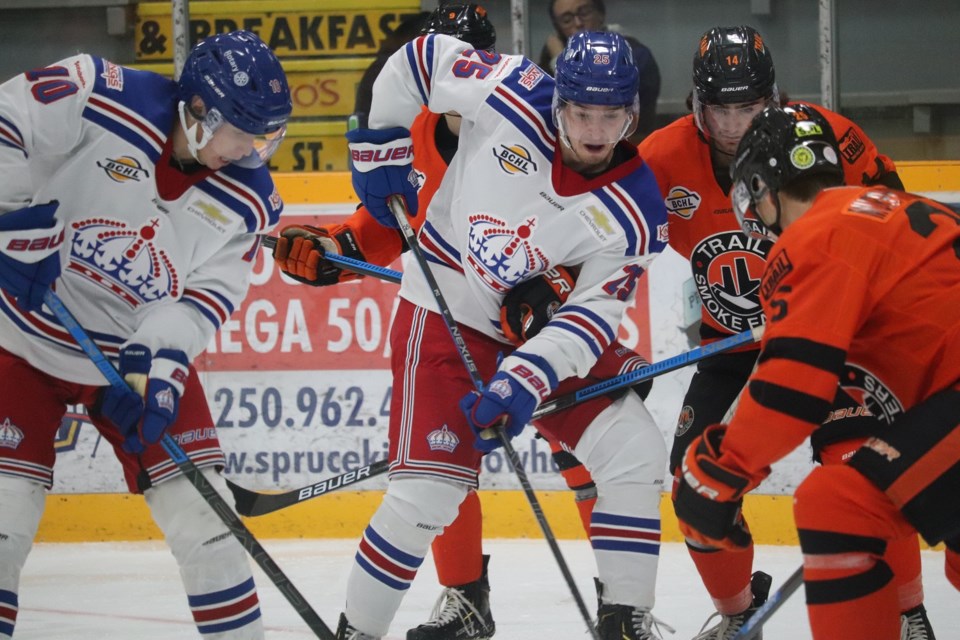 As the ole’ saying goes, a lot can change in 24 hours.

That pretty much summed up the Prince George Spruce Kings as they couldn’t light a lamp Saturday night (Sept. 28) against the Trail Smoke Eaters a day after notching an 8-2 win over Alberni Valley at the Rolling Mix Concrete Arena (RMCA).

The Fred Page Cup champs were sent to the drawing board with the 3-0 score for their fourth loss of the season, splitting the weekend 1-1 against their opponents.

Trail scored one goal in each period, including one on a power-play, their first of the evening with five minutes left in the opening frame.

They went one-for-five (1/5) on the man-advantage while Prince George couldn’t capitalize on their three chances throughout the contest.

The loss drops the Spruce Kings’ record to 3-4-2, four points back of the Mainland Division-leading Coquitlam Express and in a three-way tie for second place with Chilliwack and Surrey.

BCHL teams will take part in the 2019 Showcase Festival next weekend, with the Spruce Kings heading to Penticton for two games at the South Okanagan Events Centre.

Then, the ‘Kings face off with Trail for a second time in one week on Saturday (Oct. 5) at 1 p.m.

PHOTOS: Star-studded opponents hand overtime loss to Prince George Spruce Kings
Sep 15, 2019 7:30 AM
Comments
We welcome your feedback and encourage you to share your thoughts. We ask that you be respectful of others and their points of view, refrain from personal attacks and stay on topic. To learn about our commenting policies and how we moderate, please read our Community Guidelines.