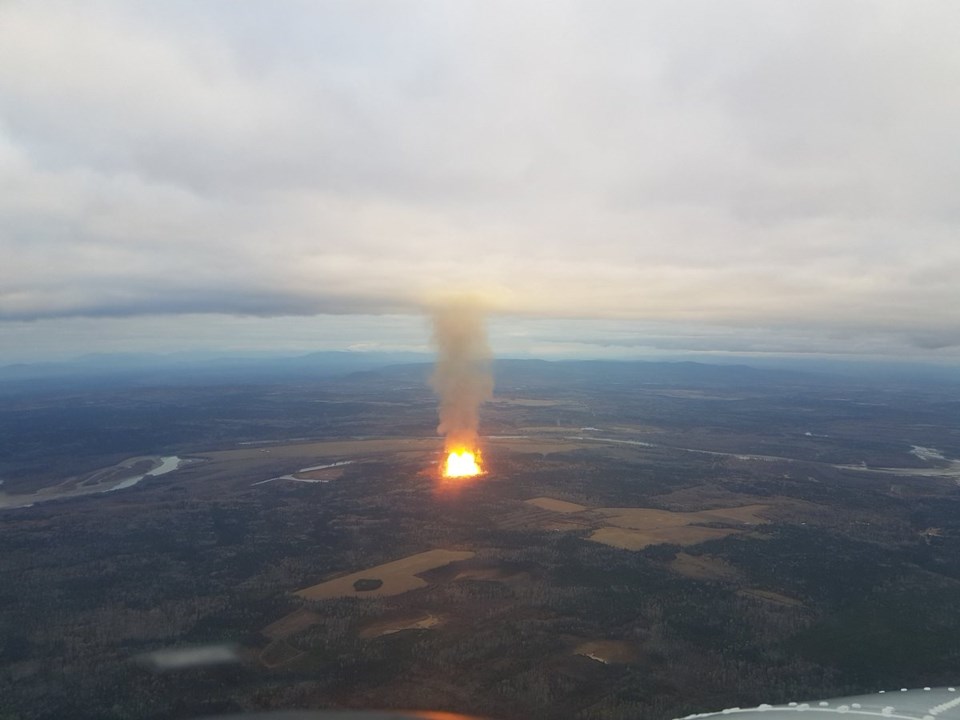 The National Energy Board (NEB) has issued a new statement with an update into Tuesday's pipeline explosion near Prince George.

The NEB has activated its emergency operation centre in Calgary. The board says they have also deployed a staff of four, including two emergency management specialists, a technical specialist in pipeline integrity, and a safety officer.

Enbridge has indicated a 36-inch pipeline ruptured yesterday (Oct. 9) at roughly 5:30 p.m. No injuries have been reported.

"The NEB’s priority in any emergency is to make sure that people are safe and that property and the environment are protected," a statement reads. "The NEB will remain on site to verify that all reasonable actions are being taken to protect workers, the public and the environment."

The Transportation Safety Board (TSB) will be in charge of the investigation.

The NEB says further information will be released as it becomes available.

The Transportation Safety Board (TSB) has deployed a team to Prince George to investigate the cause of Tuesday's (Oct. 9) Enbridge natural gas pipeline blast.

The incident was roughly 13.5 kilometres north of Prince George when a rupture happened at roughly 5:30 p.m.

The following will take place once the TSB team arrives at the accident site:

Since the incident, FortisBC has asked all of their natural gas customers across the province to turn off their thermostats as well as reduce the use of all other natural gas appliances as the company is anticipating decreased energy flow and potential loss of service.

Yesterday an @Enbridge natural gas pipeline that feeds into our system was ruptured. As a result, there may be a temporary loss of service to our customers. We’re working to prevent this & we need your support. Doug Stout, one of our VP’s, explains how you can help. pic.twitter.com/w00ZxgPEHq

The NEB has also sent a team to the site to assist the TSB with the investigation. More information will be released once it becomes available.

#NEB inspectors have been deployed to the area to monitor and oversee the company’s response and to determine the impact and extent of the release. No injuries have been reported. More information to be provided as available.