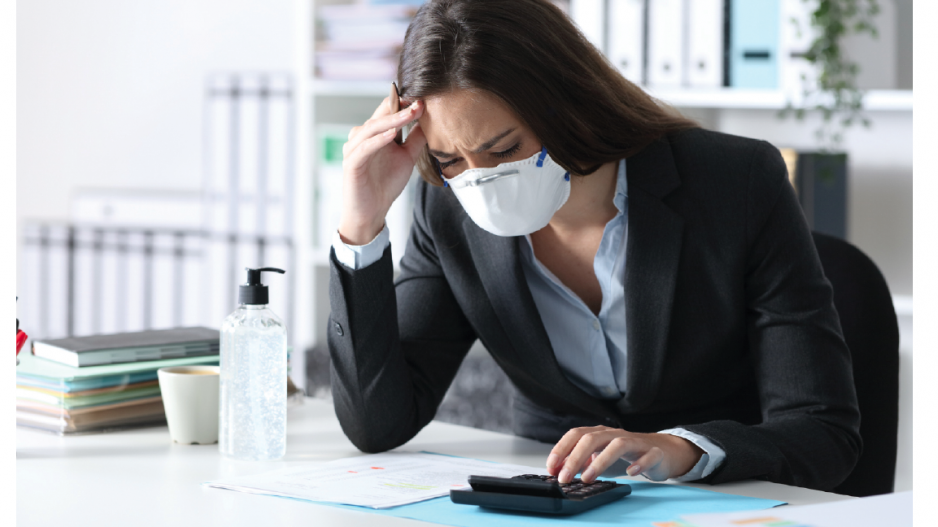 As the COVID pandemic drags on into fall and likely beyond, businesses groups say workplace mental wellness has re-emerged as a major concern.

That is because the pandemic-induced lockdown’s impact on people’s stress and anxiety levels had been tailing off as summer brought warm weather and looser domestic travel restrictions and many Canadians were able to relieve the tensions in their lives resulting from telecommuting and sheltering in place.

“Anecdotally, what I got is that in March, everyone was just dealing with this crisis of our new world and what it meant for our businesses,” said Brent Cameron, managing partner for executive search firm Boyden in Vancouver and the Greater Vancouver Board of Trade’s incoming chairman.

“Then, in the summer, people found their groove, and things were fine. But recently, what we heard at Boyden from our clients was that after six or seven months at home, people are finding out they need to get out of that situation.

“Whether it’s the isolation, the social stress or other tensions based on your home situation, spending seven months at your dinner table is starting to take a toll. It didn’t show earlier on, but now we are hearing more people urgently trying to break out of that remoteness.”

Cameron said almost every business he has spoken to has acknowledged concerns about the pandemic’s effect on employee mental health in the last month. The concern is twofold: the mental stress is damaging team members’ health and hurting overall team productivity.

The Lower Mainland’s traditionally wet and grey fall weather is among the leading reasons, Cameron noted.

“I’m concerned, for sure,” he said. “If you think back when all this started, March and April were beautiful. We’ve actually had a pretty good run of weather … and when we go back to normal Vancouver with the rain and the clouds, people already say that’s when mental health issues spike. When you layer that with COVID, isolation and working from home, that’s concerning. Going for a nice walk won’t be an option for a while, and businesses are attuned to that concern.”

Ian Tostenson, president and CEO of the BC Restaurant and Foodservices Association, said the hospitality sector is among the hardest hit by the pandemic, which means that many business owners are scrambling to keep their shops running – leaving them with few resources for handling potential mental health issues among employees and staff.

However, given the dire situation facing the sector, it is not hard to imagine increasing cases of stress and anxiety among those in the restaurant industry, Tostenson said, a situation that was exacerbated in September when the province announced the re-establishment of restrictions on restaurants and bars on serving alcohol beyond 10 p.m. and the closure of nightclubs to combat a second wave of COVID-19 in B.C.

“Certainly, from a financial point of view, a longevity point of view or an uncertainty point of view, it’s a stressful time,” he said. “Two weeks ago, many restaurants were up and running. Then suddenly, you can no longer serve alcohol after 10 o’clock, and people are struggling to make adjustments. People are already working long hours because they can’t hire enough people.… It has just been very, very tough on everyone.

The silver lining, he noted, is that restaurant owners, given the nature of the sector, are among the most resilient entrepreneurs, so many are capable of finding their own solutions. But as for an industry-wide response, Tostenson said, it simply isn’t realistic – even if the concern is real.

“It’s such a short-term survival mode right now that I don’t think anyone can take a long view on that issue – and it’s not because they don’t want to, but rather they are unable to. Having said that, I know that employers are doing coaching and providing additional encouragement, working with their staff to get through this. But there’s nothing formal.”

Other sectors are trying to manage in different ways. The Law Society of British Columbia has been fielding calls from within the sector since the pandemic started, the organization said in a statement. Among the resources offered are frequent email messages from society senior executives that highlight services available from the employee assistance provider that all society member law firms can access.

“We recognized that the non-stop crisis management had a great potential to take a toll,” the statement said. “In response, the law society increased its engagement with members of the profession, sending frequent broadcast emails with guidance and information to help them manage the business and mental health impacts of COVID-19.”

For the Greater Vancouver Board of Trade, Cameron said there is no silver bullet – although companies are dedicating unprecedented amounts of time, human resources and funds into solutions that are deemed most feasible in their specific cases.

“Everyone’s trying different things,” he said. “If companies are trying to bring people back into the office, the focus has been on making sure there’s a safe environment for everyone to be comfortable coming back to. Things like contact tracing, smaller teams and managed workflow have all been put in place in different places. Some firms are thinking about transportation strategies for their staff … to allow for more dynamic team settings than teleconferences would allow.

“There’s a lot of time and energy going into this,” Cameron added, “because – unless a vaccine gets developed – this is kind of our new normal.”