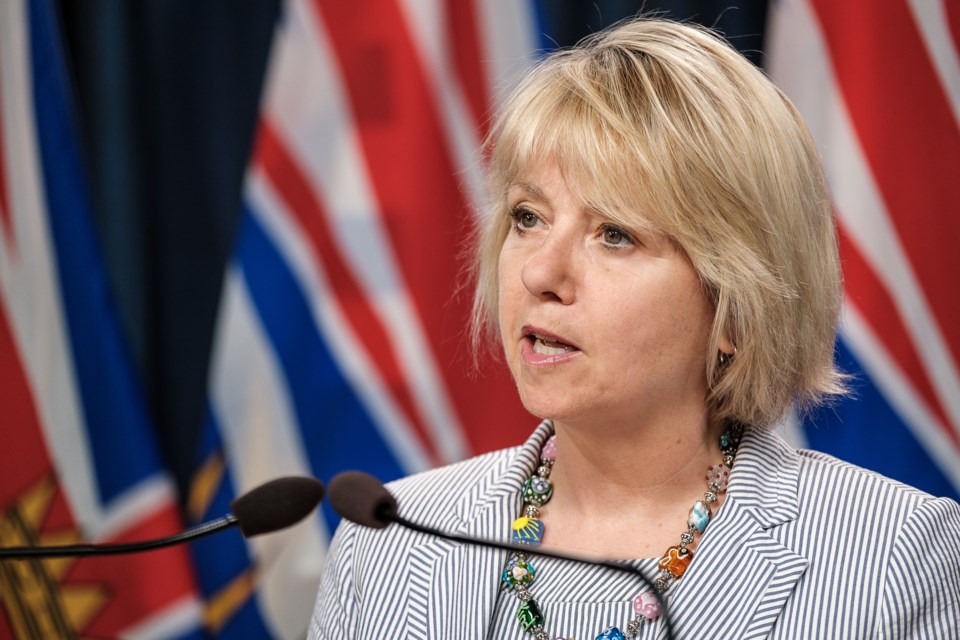 After seeing a record single-day case count yesterday in Northern Health since COVID-19 hit B.C., the authority has two more cases today for a total of 79.

In a written statement this afternoon (July 24) from Provincial Health Officer Dr. Bonnie Henry and Minister of Health Adrian Dix announced there have been another 27 test-positive cases throughout the province.

After today's update, the provincial total is now at 3,419 which includes 294 active cases, 12 hospitalized and three in intensive care. Officials say 2,934 have fully recovered from the virus.

There has been one new death, which brings the total to 191.

There have been no new health-care facility outbreaks. In total, one long-term facility and two-acute care facilities have active outbreaks.

Northern Health and provincial officials also announced there has been a community outbreak on Haida Gwaii with 13 cases. One has recovered while 12 remain active. All of the cases are epidemiologically linked.

"Ongoing contact tracing for COVID-19 in the Northern Health region has confirmed a total of 13 cases at this time on Haida Gwaii. All are local residents; 12 of the cases are considered active, and one has recovered," a Northern Health statement reads.

The authority says all active cases are currently self-isolating at home and clear processes are in place for identifying and informing close contacts of those infected so people take necessary precautions.

"There is no evidence at this time of wider community transmission of COVID-19 on Haida Gwaii."

Northern Health also says there are no impacts on acute services at hospitals on the island.

"Northern Health and the First Nations Health Authority are working with Council of Haida Nation and municipal governments on Haida Gwaii to coordinate community responses and medical supports, which includes providing housing options for self-isolation near communities with higher levels of care," the statement says.

"These coordination efforts are guided by a collaborative framework that ensures people living in rural, remote and Indigenous communities in B.C. have access to critical health care to meet their unique needs."

Close contacts of any of the confirmed cases will be contacted by public health officials and supported in actions needed such as self-monitoring or self-isolating.

"It’s very important that if you are experiencing potential COVID-19 symptoms that you self-isolate, and contact your primary care provider or the NH COVID-19 Online Clinic & Info Line at 1-844-645-7811.

Eight new cases were confirmed in northern B.C. yesterday (July 23) while B.C. added another 30. The previous highest day total in the Northern Health Authority was on April 18 when five cases were discovered.

Officials in the authority said none of the new cases were linked to the ongoing outbreak in Kelowna and did not involve anyone at the Site C dam project in Fort St. John.