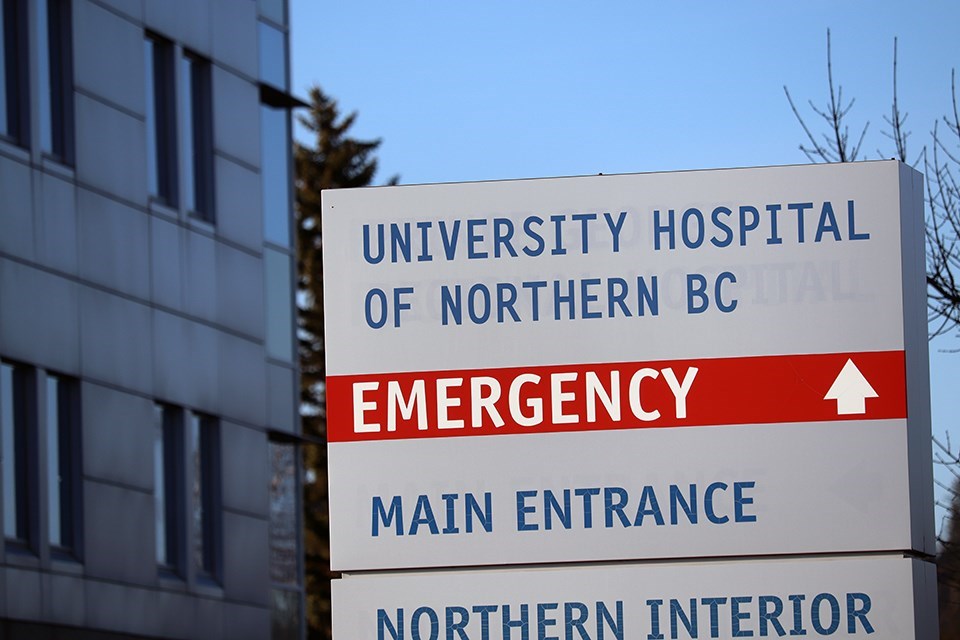 University Hospital of Northern BC in Prince GeorgeKyle Balzer, PrinceGeorgeMatters

Today (Jan. 22), Northern Health announced two additional deaths, rising the toll to five since the outbreak was declared on Dec. 29.

There has been another infection discovered in an IMU patient, which brings the to-date total to 32, broken down among 20 patients and 12 staff that have tested positive for the virus.

An outbreak was declared at the long-term care facility on Dec. 12, 2020, and COVID-19 has since claimed the lives of 14 residents.

Northern Health says there are two active cases among the 48 patients with lab-confirmed infections and 32 recoveries; 14 staff have now contracted the virus in under a month.

The Rehab Unit outbreak at UHNBC has seen no movement since the last update from the health authority, also on Jan. 19.

The recorded total remains at three, all patients, with no deaths.

As of this publication (Jan. 22), Northern Health has recorded a total of 3,109 cases after 55 were discovered in the past 24 hours according to health officials.