The occupants were transported to hospital with severe burns
0
Oct 13, 2019 9:55 AM By: Hanna Petersen 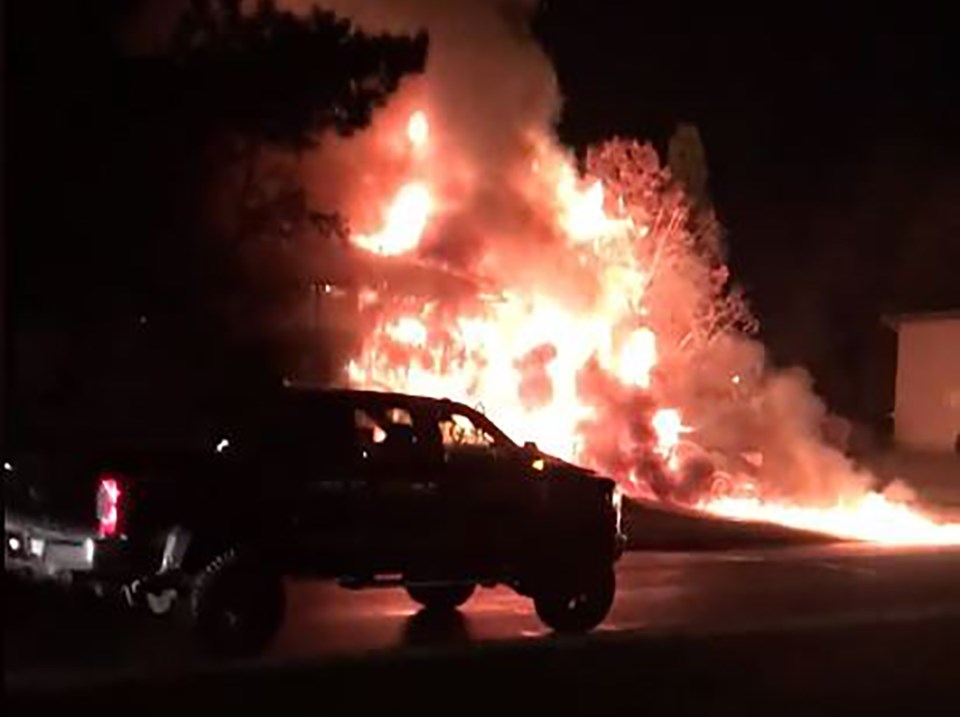 The flames captured by a witness and posted to a local Facebook group. (via Facebook/Terri Ann Tessier – WTF Prince George)

At about 9 p.m. Prince George Fire Rescue responded to a structure fire at the 1100-block Chilako Avenue.

A total of 19 firefighters from four halls responded and when crews arrived they found the home fully involved.

Two occupants were found outside the home with severe burns and were transported to the University Hospital of Northern British Columbia (UHNBC).

Due to the extreme heat and flame, crews were forced to fight the fire from the exterior of the structure. There were no injuries to fire personnel.

The cause is undetermined at this time, and damage is estimated to be around $400,000.