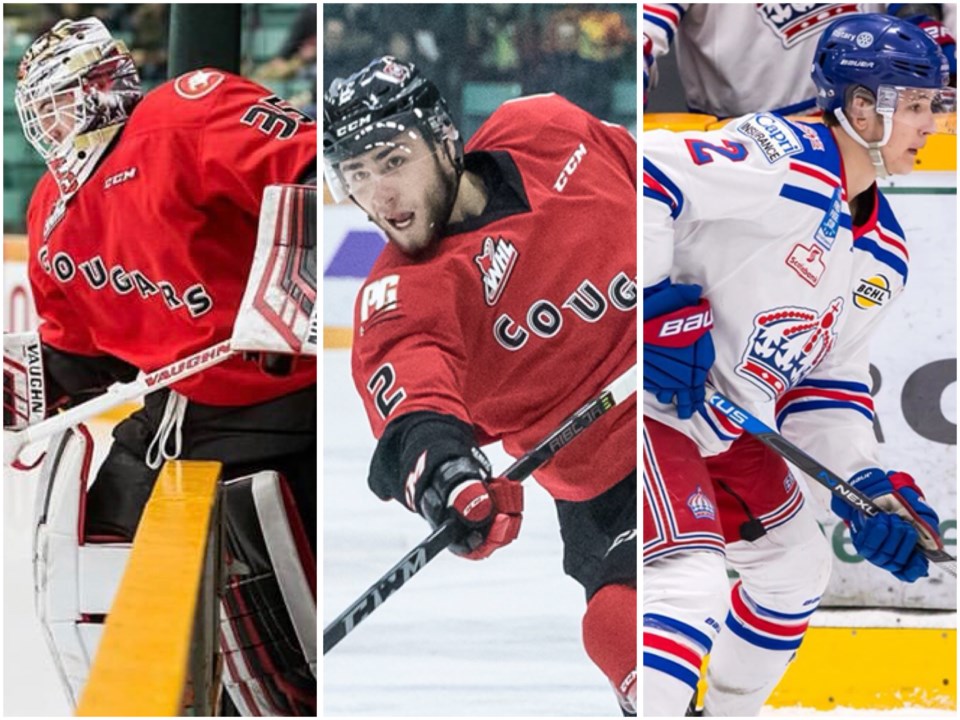 The Prince George Cougars could see some of their players get a call by an NHL franchise this summer.

Goaltender Taylor Gauthier and Defenceman Cole Moberg are among 48 Western Hockey League (WHL) players highlighted by NHL Central Scouting in its midterm report as possible selections at the 2019 Draft in Vancouver.

Gauthier, a 17-year-old Calgary product, is ranked fifth among North American netminders and second out of the WHL.

He currently posts a .904 save-percentage (SV%) and is tied-for-second in the WHL with three shutouts this season, while also earning the WHL’s Goaltender of the Week honours from Jan. 7 to 13.

Gauthier is also one of two WHL goalies competing in the 2019 NHL Prospects Game in Red Deer, Alberta on Wednesday.

He currently has 24 points to his name including nine goals, which has him tied-for-fourth among all WHL defencemen.

In 40 games, the 17-year-old, also from North Vancouver, has posted 20 assists in the BC Hockey League (BCHL) this season.

While these rankings do not solidify a slot in the big leagues, it simply compiles reports from several scouts as to who they believe is the best of the best.

The rankings are categorized by those playing in North America and those competing in Europe.

In #NHLDraft news...@NHLCentralScout has released its midterm rankings list ahead of the 2019 Draft. https://t.co/s3MJcThrwF

Prince George Cougars netminder steals the show once again against Tri-City
Jan 9, 2019 11:23 AM
Comments
We welcome your feedback and encourage you to share your thoughts. We ask that you be respectful of others and their points of view, refrain from personal attacks and stay on topic. To learn about our commenting policies and how we moderate, please read our Community Guidelines.