Two Prince George golfers beat over half the pack at B.C. Junior Championships 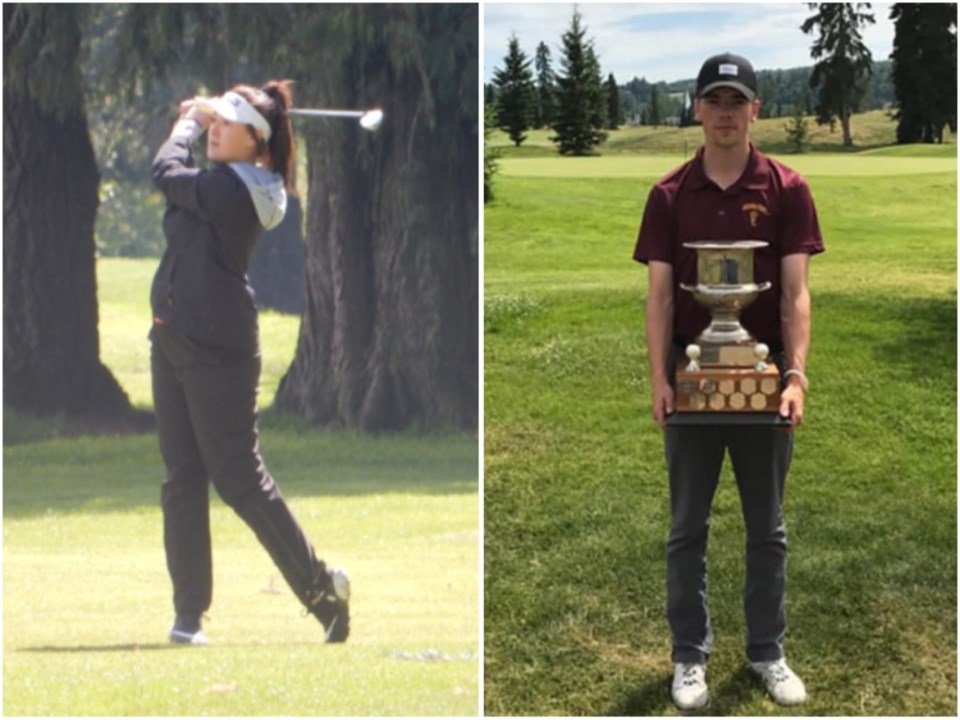 Nearly 150 of B.C.’s best junior golfers made the trek to Vancouver Island last week for the provincial championships, including two from Prince George.

Natasha Kozlowski and Cody Bailey had their ups and downs at Fairwinds Golf and Country Club (Par 71) in Nanoose Bay, but they both finished in the top 25 of their respective divisions, while also out-pacing at least half the pack.

The B.C. Junior Golf Championship is a four-day competition.

Kozlowski, who currently sits in a tie for fourth among nationally-ranked junior female golfers, finished 15th out of 33 girls by shooting a 330 score (+46).

After an impressive first-round 78, which included three birdies, the 17-year-old continued with consistent play by recording an 84 in each of the remaining three rounds.

Her final score was 32 strokes back of first place, which was claimed by Vancouver’s Angela Zhang (+14).

Kozlowski has two victories under her belt this season on the Maple Leaf Junior Tour (MJT).

On the men’s side, Cody Bailey stayed in the 70s during the week.

Five for Friday: Summer camps for young Prince George athletes
May 10, 2019 12:39 PM
Comments
We welcome your feedback and encourage you to share your thoughts on this story. We ask that you be respectful of others and their points of view, refrain from personal attacks and stay on topic. To learn about our commenting policies and how we moderate, please read our Community Guidelines.