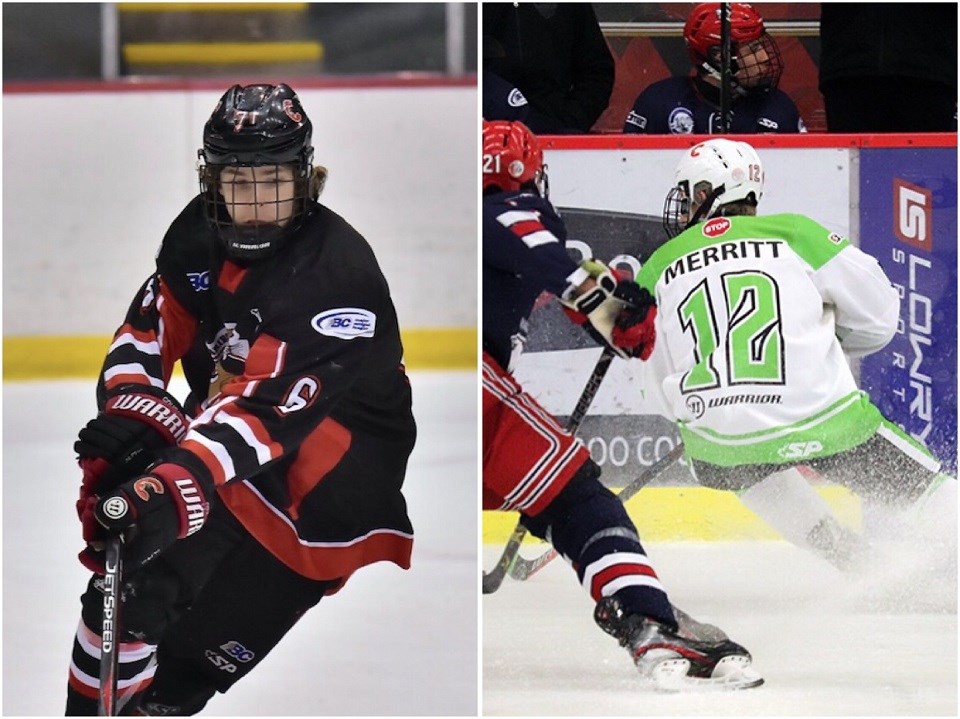 Prince George's Brady McIsaac (left) and Jaydon Merritt are off to Alberni Valley to compete for the Bulldogs in the BCHL's 2021-22 season.Cariboo Cougars/Kyle Balzer, PrinceGeorgeMatters

More local hockey players are quickly moving up the ranks in spite of the COVID-19 pandemic preventing a current season for the time being.

Today (Feb. 16), Jaydon Merritt and Brady McIsaac were announced by Cariboo Hockey as the latest to commit to junior ‘A’ hockey within the province after developing in the past few years with Prince George’s minor development program.

Both are set to play for the BCHL’s Alberni Valley Bulldogs beginning in the 2021-22 campaign.

The league’s potential shortened 2020-21 season remains on hold with current COVID-19 public health orders keeping competitive games from hitting the ice, and the possibility of loosened restriction by the end of February.

Merritt is in his third year with the Cariboo Cougars, his second with the Under-18 AAA club.

His 22 points was a top-10 placing among his teammates, and also included three game-winning markers and five power-play points.

McIsaac was the second-best player on the Cariboo Under-16 AAA Cougars a season ago, statistically speaking.

The 16-year-old touted 43 points in 30 contests, a mere 14 points behind his captain Scott Cousins who signed the WHL’s Kelowna Rockets on Feb. 11.

McIsaac was seventh in league scoring, recording 24 goals and 19 assists.

The Under-16 AAA Cats were regular-season champions and won the quarter-final round before the pandemic cancelled the rest of the playoffs.

In 2019-20, the Alberni Valley Bulldogs finished fourth in the Island Division with a record of 26-28-2-2, qualifying for the playoffs before getting swept out by Nanaimo.