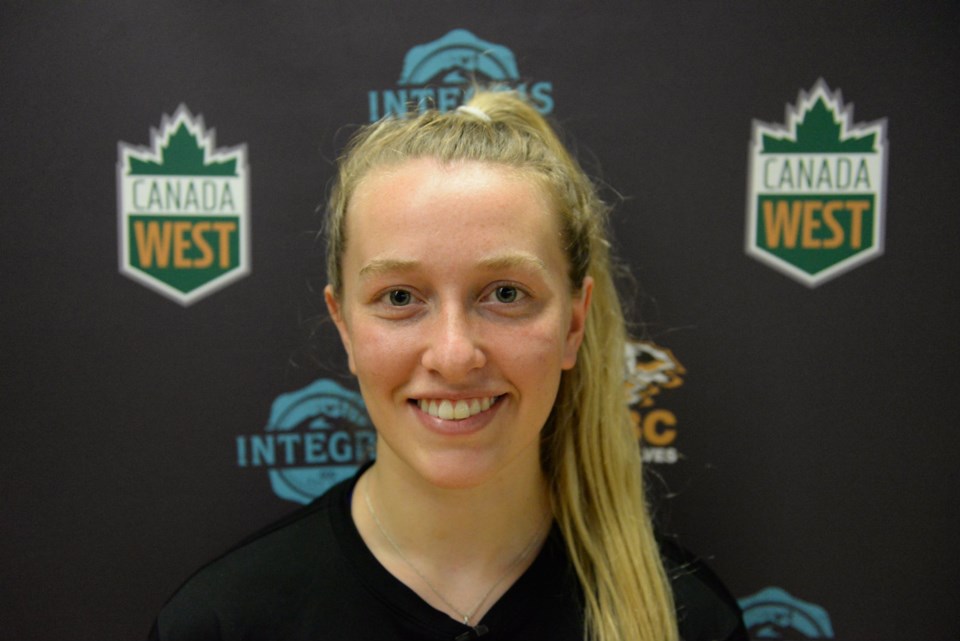 A second Southern Alberta Institute of Technology (SAIT) player from last year’s roster has decided to take her talents elsewhere and follow a friend to B.C.’s north.

For the second time in five days, a Trojan has committed to UNBC’s women’s soccer team via transfer.

This time, it’s Sage Meyers, who had a breakout freshman season with SAIT, scoring nine points in nine regular-season games in the Alberta Collegiate Athletics Conference (ACAC), including seven goals.

The 19-year-old says her 12-0 season with the Trojans in 2018 has prepared her for the next level of university footy.

“I am a really hard worker,” Meyers explained in a team release. “Sometimes I work too hard, and I could make it easier for myself. I get the ball and look to play it. I am not a huge run and dribbler, but I make quick passes, have a quick burst, and like to run up the line. Soccer at SAIT was a really good experience. I definitely have a lot more confidence playing. You learn from the older players.”

She will become the third Alberta-born player on the Timberwolves this year.

The friend Meyers is following to Prince George is Sarah Lepine, who was also a freshman on SAIT last season; her official transfer announcement was on Aug. 7.

“It would be a way different experience if I came up alone,” she said. “You are coming with someone you have played with. It is an immediate friend, along with the more friends you’ll make, but it is a sense of comfort.”

.@UNBCWSoccer's latest recruit has yet to lose a game in her collegiate career ⚽️ Sarah Lepine (left) went 12-0 with SAIT last year, but needs to bring 'technical competence' on the field | https://t.co/su3LifnLQa #CityOfPG @UNBCATHLETICS @PGMatters pic.twitter.com/lOhpdkBTIf

The five-foot-four striker is being called an ‘offensive threat’ with a soccer IQ that puts her ‘in the right place at the right time.’

UNBC Women’s Soccer Head Coach Neil Sedgewick believes his latest recruit is ready for U-Sports and will fit in with his squad’s style of play very quickly.

“She is fitting in remarkably well, both on the field and off the field,” he said in the same statement. “She has been really good around goal, which is where she excelled at SAIT, and she has also taken on the lessons of our team communication, applying what she is learning in training. I am excited to have her as a part of this program.”

Meyers is already impressed with UNBC's progression as a soccer school that earned its first-ever Canada West playoff victory in a second straight post-season appearance.

“You can see they are getting better and better each year, which is super exciting to come into. Their games are all so close, and you can tell there is a lot of potential, which is exciting. I’m ready to grind and get into that competitive mindset, and just give ‘er. I am excited about that.”

She plans on studying Environmental Engineering while attending UNBC.

The Lady T-Wolves open the 2019-20 schedule on their home pitch at Masich Place Stadium, Thursday, Sept. 5.

Premier player heading north to join UNBC Women’s Soccer team
Jun 24, 2019 12:08 PM
Comments
We welcome your feedback and encourage you to share your thoughts on this story. We ask that you be respectful of others and their points of view, refrain from personal attacks and stay on topic. To learn about our commenting policies and how we moderate, please read our Community Guidelines.