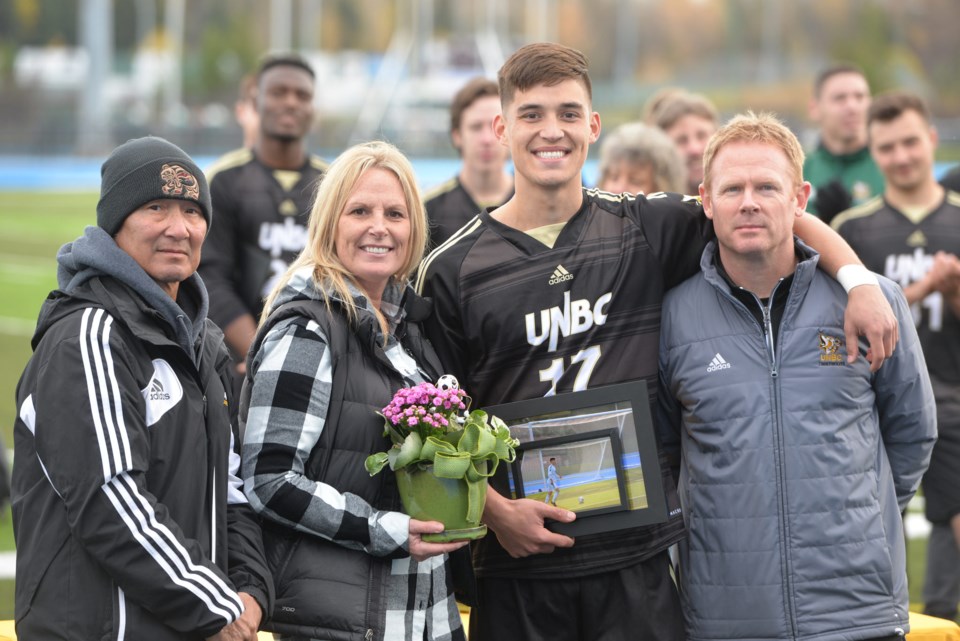 Two UNBC soccer players have been recognized for their hard work during the 2018-19 season.

Defender Gordon Hall on the men's side earned his third Canada West All-Star honour while Paige Payne was named an All-Star for the first time in her career.

Hall is the first UNBC soccer men's player who has been named a Canada West All-Star three times in UNBC Timberwolves history.

Payne had a season to remember for the women, scoring eight goals and finishing with 12 points on the season. She is the first women's UNBC soccer player to be named to the All-Star squad.

YES! @PaigePayne74 becomes the first @UNBCWSoccer player ever to be named a @CanadaWest All-Star after an incredible 8 goal, 12 point season! Congrats to the Pride of Kitimat, BC! #pp7 pic.twitter.com/QFdqiUjoXY

The All-Star teams are: