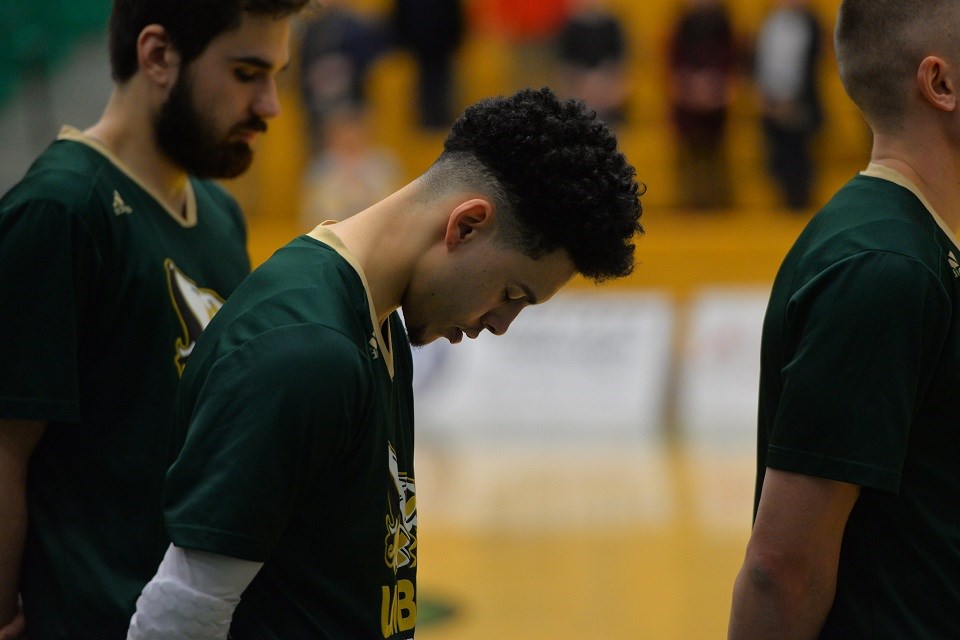 Tyrell Laing, guard for the UNBC Timberwolves men's basketball team, has been a large advocate for the Black and BIPOC community in Prince George.UNBC Athletics

For a second time in under a month, the Council for Advancement and Support of Education (CASE) has awarded the feature, but this time, for a brand new category that recognizes efforts in advancing diversity.

UNBC Athletics is the inaugural recipient of the CASE District VIII Grand Gold Award for Opportunity and Inclusion out of 19 entries, all of whom will receive an endorsement from the regional group.

This comes three weeks after the Prince George post-secondary won best video 'on a shoestring,' meaning on a low budget, from the same organization that praised Laing for his willingness to share his testimony.

“Major kudos to Tyrell Laing for his strength and commitment to such an important movement,” a panel of judges wrote following the first recognition on Jan. 29.

“This was an incredibly brave decision to share his story and to be the focus of such a story/message. Excellent message and great presentation. These are the kinds of stories organizations need to lift up.”

In addition, one entry rose to the top and has been awarded the Grand Gold award in the newly created O&I Special Recognition category. Congrats to @UNBC for their video entry, “Black Lives Matter: A Student's Plea To Be Seen, Heard.”https://t.co/ruafqoqq33 pic.twitter.com/hmTxTK1oPP

Earlier this week, the Prince George Secondary graduate was part of a panel of Canadian athletes and influencers that represent the BIPOC community to talk about Black History Month via U SPORTS.

During the conference, Laing admitted that, at one point, he even hesitated to make the video with UNBC, but realized its potential impact on a larger scale.

“I think it’s amazing in the sense that you have a platform and you have a responsibility, but it’s more important what you choose to do with it,” said Laing.

“I almost didn’t make the video because I wasn’t sure what to do, but I just realized that like, this can’t be a question of ‘Do we want to do something?’ That shouldn’t even be a question, like we have to. This is our duty. Our ancestors struggled, people have endured things that I couldn’t even fathom, so to sit up here and speak over something that is tragic, is, in my opinion, much easier than what’s previously happened.”

The video followed events of racial injustice, including the death of 46-year-old George Floyd.