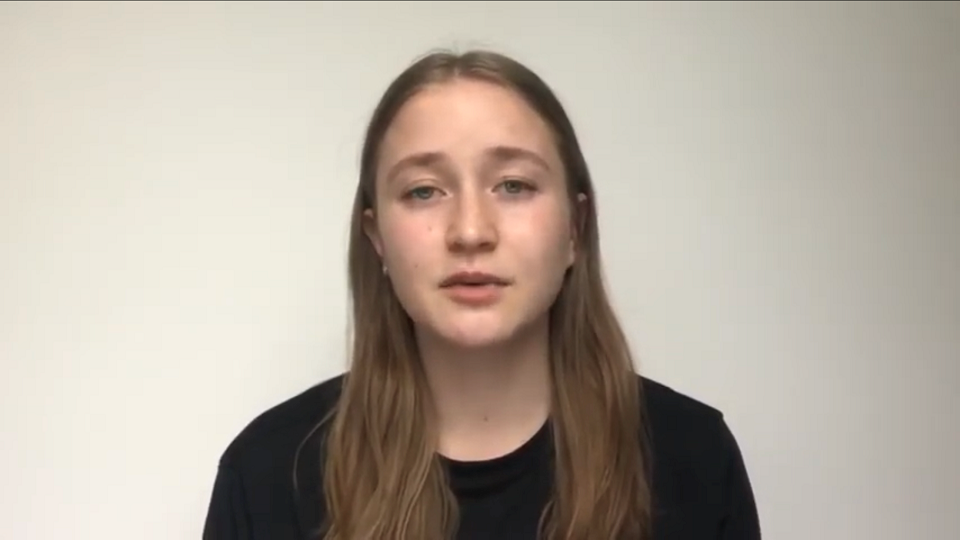 Kjera Hayman is a recruit for UNBC Timberwolves' women's soccer program in Canada West play for 2020-21. (via UNBC Athletics)

The UNBC Timberwolves have announced its fifth women’s soccer recruit in the last month.

This time, the Prince George post-secondary turned to the south Okanagan to find Kjera Hayman, a forward described as ‘speedy,’ hard-working athlete and says she’s been working on that very trait while in quarantine during the COVID-19 pandemic.

When it came to choosing a school to pursue a collegiate career, it was the driving force of former T-Wolves’ players that led the 17-year-old to make the move to the northern capital.

“Playing for a university hadn’t crossed my mind [until Fall 2019] because I didn’t think it was an option for me,” explains Hayman.

“In September, I decided it was really something I wanted to pursue. I reached out to Neil and he invited me to the prospect camp. The Timberwolves have always had a good relationship with my club. A lot of players have gone on to UNBC, like Kylie Erb, Kyra Wallace, and Jessica Lewis. It really inspired me to try as well.”

The Penticton product boasts a resume with top teams in the Okanagan, including BC Soccer’s Thompson Okanagan FC in her 2019-20 campaign and is a former recipient of Pinnacles FC’s Top Performer award.

However, Hayman says she felt ‘intimidated’ by the skills of current players when she came to UNBC’s identification camp, but the feeling felt right after interacting with her future teammates.

“They were so close, and it was cool to see how hard everyone pushed themselves just doing a simple drill. The girls were all so close, they seemed like a family. I have heard only good things about Neil’s training.

“I expect it to be a lot of hard work, keeping up with the girls on the team. I am definitely not going into next year with the mindset that it’ll be a piece of cake. I really hope I will be able to make some good friends while playing a sport I love.”

UNBC women’s soccer head coach Neil Sedgwick is hoping to return to the Canada West post-season a fourth straight year and eyes a deeper playoff run with all the talent expected to come together for 2020-21.

The addition of Hayman, he believes, will provide awareness along the edge of the pitch and an overall hunger for greatness.

“She is incredibly hard-working and conscientious,” says Sedgwick about his new five-foot-five forward.

“We saw growth in every area throughout the weekend and I think that she will continue to progress quickly once she is in the U SPORTS training environment. We are incredibly impressed with her character. Quiet but deliberate throughout the weekend, yet taking on the information and applying. Kjera is a very exciting prospect.”

Hayman is set to graduate Penticton Secondary and will enter the UNBC classroom as an arts student.

Unless the COVID-19 pandemic dictates otherwise, she’s expected to join the team in August for training camp.

Prince George goalkeeper coming home to join UNBC women’s soccer program
Apr 21, 2020 6:35 AM
Comments
We welcome your feedback and encourage you to share your thoughts. We ask that you be respectful of others and their points of view, refrain from personal attacks and stay on topic. To learn about our commenting policies and how we moderate, please read our Community Guidelines.