UNBC among top five per cent of universities in the world 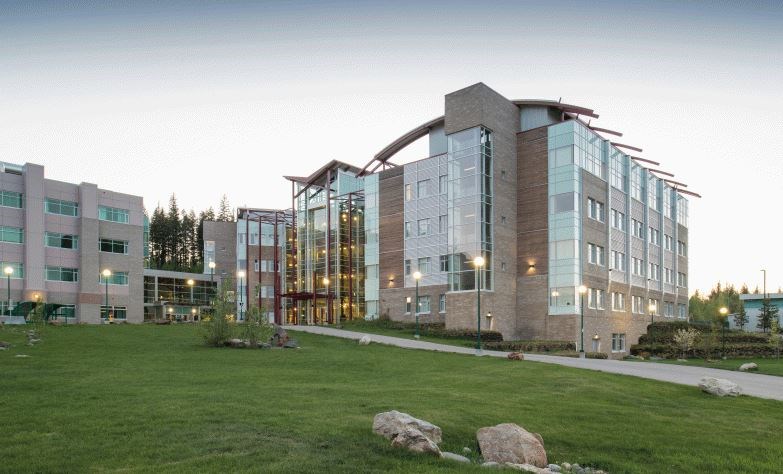 UNBC has been recognized as one of the best universities in the world. (via UNBC Communications)

It turns out the University of Northern British Columbia (UNBC) is pretty neat after all.

The 2020 rankings by the Times Higher Education World University Rankings show UNBC in the top five per cent of universities.

It's the only Canadian school of its size to be listed.

Overall, the school was ranked between 801st and 1,000th from 1,400 schools and 92 countries listed in the report, with the methodology available online.

There are a total of five categories that schools are scored on which are teaching, research, citations, industry income, and international outlook.

“It is a tribute to our devoted faculty, dedicated students, diligent staff and committed supporters that UNBC continues to excel on the world stage,” UNBC President Dr. Daniel Weeks says in a news release. “It is fabulous to see UNBC increase its score in every category Times Higher Education uses to measure elite global universities.”

UNBC saw their largest score increase in the citation category.

The school finished with a score of 42 points in the latest data.

Last year, UNBC only received a score of 28.5 points.

Unsurprisingly, UNBC's strongest category was research, where they finished 675th out of 1,400.

The category examines the volume of publication and research income as well as the school's reputation for research.

We’re moving on up! UNBC increased its scores in every category in the @TimesHigherEd World University Rankings! https://t.co/eaOoJ7Bzr6 #ThisIsUNBC #THEUniRankings pic.twitter.com/VnEfCBhJzF