Leamy is only the second UNBC Timberwolf in men's basketball to be named a conference all-star
0
Feb 21, 2019 10:27 AM By: Jess Fedigan 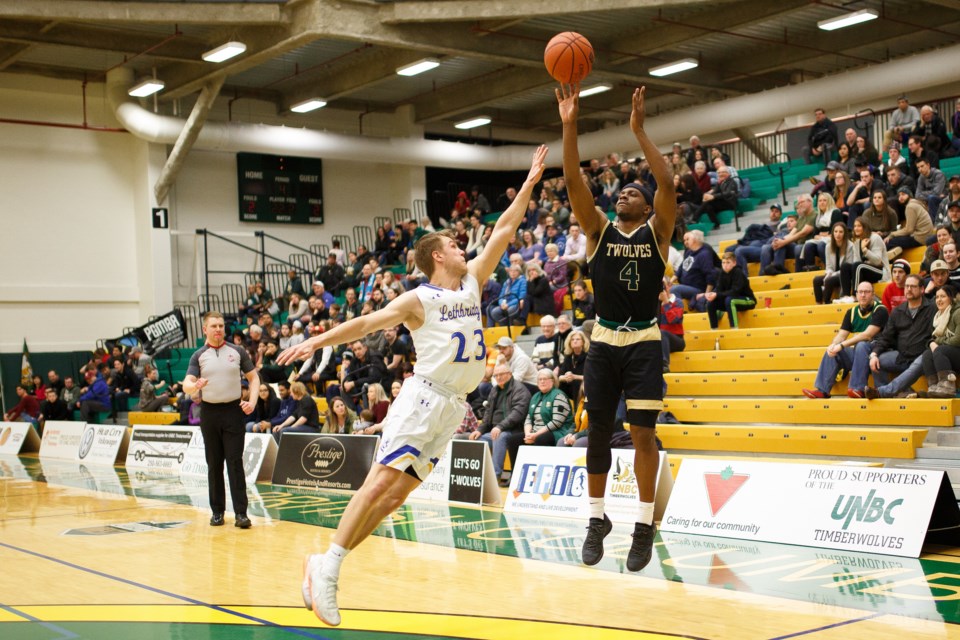 Jovan Leamy has been named to the Canada West Third All-Star Team. (via UNBC athletics)

The trend of UNBC Timberwolf athletes being recognized at the national level is continuing.

It was announced this morning (Feb. 21) that UNBC guard/forward Jovan Leamy has been named a Canada West Third Team All-Star.

He's just the second Timberwolf in the men's basketball program to receive the honour.

The achievement comes after the Toronto native broke the UNBC single-season points record, finishing with 362. That broke the previous record held by Rhys Elliot.

Leamy averaged 18.1 points per game, which earned him ninth in Canada West. He also finished in the top 20 of rebounds.

He was just as impressive on the other side of the floor, where he finished with 23 blocks and 61 steals defensively.

His block totals were fifth highest in the Canada West conference; what's even more significant is that he had more steals than any player in Canada West and across U SPORTS.

The only other male basketball Timberwolf to be named a conference all-star was Franco Kouagnia back in 2015.

The third Canada West Third All-Star team is as follows:

After a historic year that saw him break @UNBCBasketball's single-season scoring record, while leading the entire @USPORTSca in steals, @LeamyJovan has been named a @CanadaWest All-Star! Congrats, JV! Read the full release with all the award-winners here: https://t.co/CI9mzhPram pic.twitter.com/BouRkS790l

CRA snitch line now open to information about federal COVID-19 aid fraud
Jun 4, 2020 7:05 AM
Comments
We welcome your feedback and encourage you to share your thoughts. We ask that you be respectful of others and their points of view, refrain from personal attacks and stay on topic. To learn about our commenting policies and how we moderate, please read our Community Guidelines.