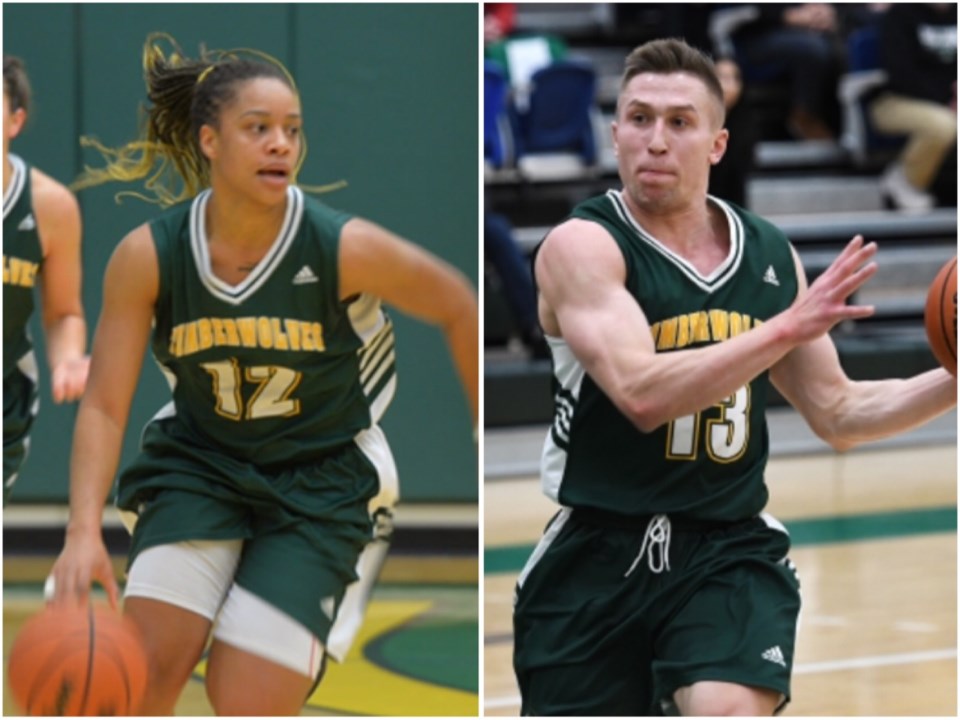 For the first time since 2015, the UNBC Timberwolves’ basketball teams will start a Canada West regular-season in their home gym at the Northern Sport Centre.

The fresh schedule also marks a later start to the season with UNBC set to host the Victoria Vikes on the first weekend of November, 1 and 2.

UNBC will also end its season play on home-court, earmarked for Feb. 8 and 9, 2020 against the MacEwan Griffins.

The Lady T-Wolves are coming off a historic season.

They clinched a third consecutive post-season berth with a record of 11-9, the best in school history since joining Canada West in 2012, and won a playoff game for the first time ever.

They defeated the Trinity Western Spartans in Langley 80-78 to advance to the quarter-final series, eventually losing to Calgary in back-to-back games.

The rematch between UNBC and TWU is slated for Nov. 8 and 9 in the lower mainland, the first road trip of 2019-20.

Since the end of last season, the program has lost a couple of star players in Vasiliki Louka and Abby Gibb, but have signed four new players, including local products Jessica Nycholat and Isabel Fuller.

The T-Wolves were eliminated in the wild-card knock-out game by the Fraser Valley Cascades in Abbotsford by a close margin of 67-59.

That rematch will take place in Prince George in January 2020, the first home series of the new year for UNBC.

UNBC is hoping to get into the playoffs for a third straight season, but they’ll have to try to do it without four of their graduating athletes; Jovan Leamy, James Agyeman, Vaggelis Loukas, and Austin Chandler.

Saje Gosal and Anthony Hokanson will be the fifth-year starters for 2019-20, with Ukranian power forward Vova Pluzhnikov returning to the northern capital for a fourth year.

This Prince George basketball star has announced her return to the game with UNBC
Apr 25, 2019 1:35 PM

This new UNBC men’s basketball recruit only has nearly two years of experience
May 9, 2019 1:35 PM

PHOTOS: Cheers, sweat, respect highlight milestone year for Prince George Summer Hoops Classic
Jun 1, 2019 8:37 PM
Comments
We welcome your feedback and encourage you to share your thoughts. We ask that you be respectful of others and their points of view, refrain from personal attacks and stay on topic. To learn about our commenting policies and how we moderate, please read our Community Guidelines.