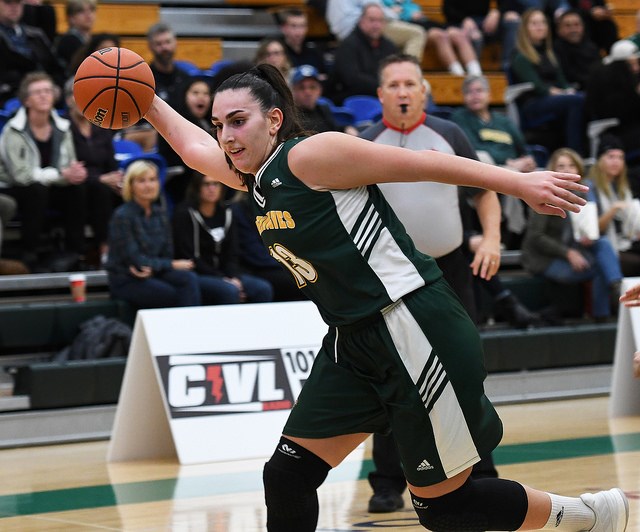 New year, new teams? You will see a difference in the squads and their uniforms.

Both the UNBC women's and men's basketball teams will be looking to put the right foot forward to start the new year when they host the Thompson Rivers University WolfPack tomorrow (Jan. 4) and Saturday (Jan. 5).

On the men's side, they'll look to carry the momentum from their last win of 2018 against the Huskies.

It's good news for the women to be back at Charles Jago Northern Sport Centre this weekend as they have a perfect 4-0 record at home. The men also have a strong record on home court at 3-1.

Thompson Rivers University comes into the back-to-back at 4-6 for the men and 3-7 for the women.

Both Timberwolves teams sit eight in Canada West Standings in their respective divisions.

As for the uniforms? UNBC has released a third jersey: gold and black.

Black and Gold. This Saturday. The @UNBCBasketball team debuts a new third jersey. Get to @NorthernSport to see them, and support your @UNBC Timberwolves as they take on the @GoTRUWolfPack. #gotwolves #blackandgold pic.twitter.com/EWWohIgeao

Here are the current scoring leaders for both teams:

“It’s important for us to come back and have strong games," women's forward Vasiliki Louka says in a press release. "We definitely want to win both games and get that confidence back. We need to follow our plan, and that’s a focus the rest of the year.”

The men's side also echoed a similar theme for the new year, wanting to come out strong.

“We finished strong with a win against Saskatchewan, so we are trying to build on that," men's guard Vova Pluzhnikov adds in the release. "We are excited to play TRU, who is usually one of the best teams in the conference. They’re well coached, and play a high pace, so it should be fun to play them, especially on home court in front of our crowd.”

UNBC men and women's basketball teams victorious in battle against the Spartans
Nov 17, 2018 11:56 AM
Comments
We welcome your feedback and encourage you to share your thoughts. We ask that you be respectful of others and their points of view, refrain from personal attacks and stay on topic. To learn about our commenting policies and how we moderate, please read our Community Guidelines.