Metal-rich sediment is mixed into the water column every spring and fall
Aug 13, 2020 12:15 PM By: Hanna Petersen 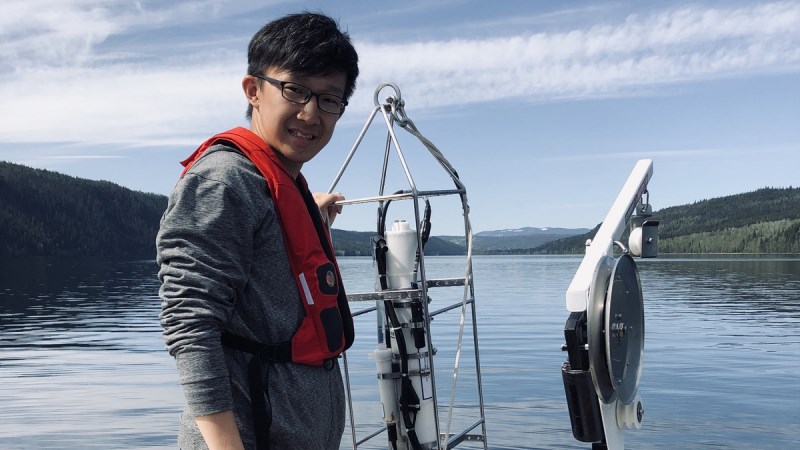 New research led by a UNBC researcher suggests that contaminates from one of the worst mine disasters in B.C.'s history is still affecting Quesnel Lake, six years later.

On Aug. 4, 2014, a tailings pond at the Mount Polley copper mine collapsed, sending almost 20 million cubic-metres of water and slurry flooding into Hazeltine Creek, Polley Lake and Quesnel Lake.

Fortunately, no one was killed or injured in the disaster, but it cost Imperial Metals $67 million in clean-up and remediation costs, as well as revenue lost from the mine being shut down.

The disaster was investigated by both federal and provincial agencies, but the company was never charged.

New research published in Water Resources Research finds turbidity, or cloudiness, in portions of Quesnel Lake increases each spring and fall, when the lake mixes from top to bottom in a natural process called turnover.

“During the first turnover after the spill, mixing brought suspended sediment to the surface, turning the previous clear-blue lake to bright green. Twelve months after the spill, the suspended sediment loads had substantially reduced, and the lake waters had appeared to return to their pre-spill state—but it turns out this was only temporary,” says researcher Andrew Hamilton in a news release, who did the work as a postdoctoral fellow at UBC and at the University of Alberta. 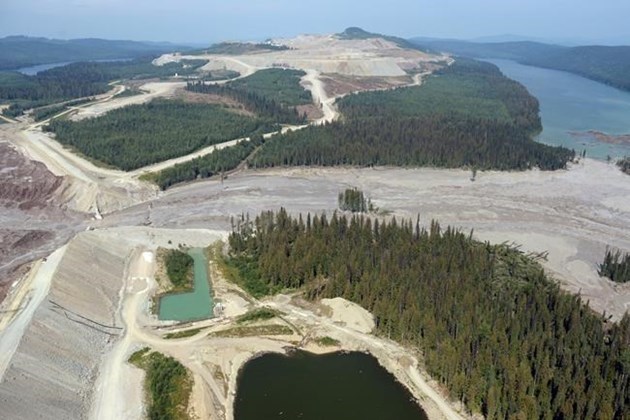 “Over the next three years, we saw an increase in turbidity above the spill deposits at the bottom of the West Basin every spring and fall when winds drove large basin-scale wave motions, like the sloshing of water in your bathtub,” he added.

“As turnover occurred, this sediment was then mixed from depths below 100 metres over the whole water column.”

Hamilton says the tailings contain elevated concentrations of some metals, such as copper, and if these metals are being seasonally resuspended from the lake bed they could make their way into the food web.

“Understanding all factors affecting the long-term water quality of Quesnel Lake is critical as its watershed supports substantial recreation, trout fisheries and Fraser River Pacific salmon stocks that are vital to Indigenous, recreational and commercial fisheries,” he said.

“Inevitably these spills end up flowing downstream into lakes or the ocean where they can disappear from view, yet that doesn’t mean the impact is over.”

The three-year research (2014-2017) is led by Dr. Ellen Petticrew, a geography professor at UNBC.

Since 2014, Petticrew and UNBC Environmental Science Professors Dr. Phil Owens and Dr. Stephen Déry have monitored the effects of the spill in partnership with Hamilton and an interdisciplinary group of scientists from UBC, the University of Lethbridge, and Fisheries and Oceans Canada (DFO).

“We have seen a seasonal increase in some metal concentrations in the Quesnel River that corresponds to the timing of the turbidity increase observed in the lake,” said Petticrew.

“This paper explains some of these other processes we are observing, and helps build a more complete understanding of the long-term impact of the spill on the lake.”

One of the study’s co-authors highlights the importance of understand the long-term impacts of the disaster.

“While the immediate environmental devastation of other catastrophic mine waste spills around the world may have been more apparent, our research shows that the environmental impacts of the spill in Quesnel Lake are long-term,” says co-author Bernard Laval, a professor of civil engineering at UBC.

“Investigating these subtle impacts over time will help inform if and how Quesnel Lake recovers, and the potential for lasting impacts of other tailings spills which are increasingly frequent globally.”

A special technical panel found the collapse was caused by a design flaw and failure by engineers to understand the geology of the site.

The three engineers involved in the design of the tailings pond faced disciplinary hearings by the Engineering and Geoscientists of British Columbia earlier this year.

- with files from Nelson Bennett, Business in Vancouver

Engineers face discipline over northern B.C. mine disaster
Jun 4, 2020 7:35 AM
Comments
We welcome your feedback and encourage you to share your thoughts. We ask that you be respectful of others and their points of view, refrain from personal attacks and stay on topic. To learn about our commenting policies and how we moderate, please read our Community Guidelines.