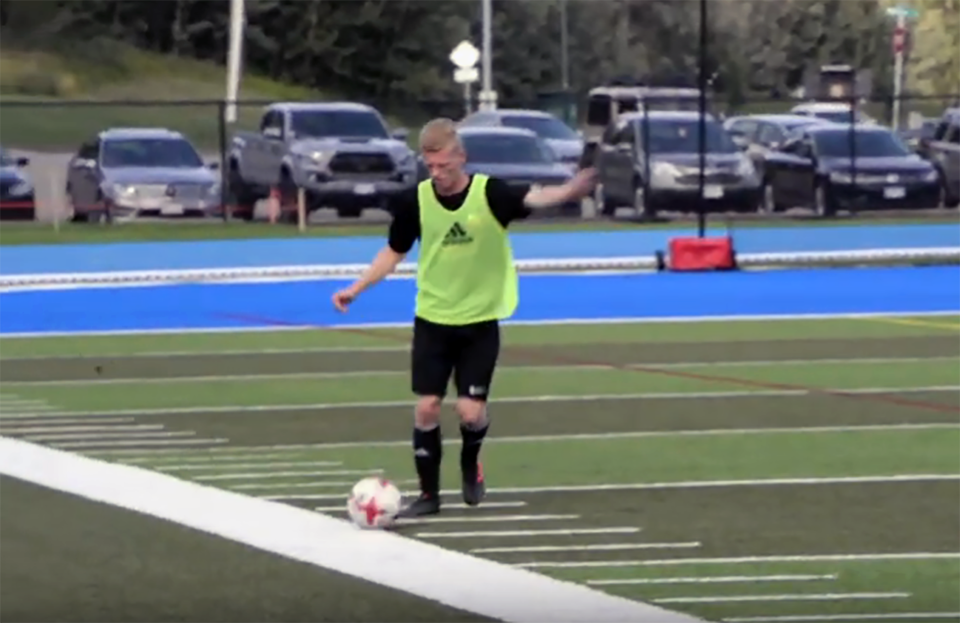 A T-Rex defender has decided to stomp his way to UNBC soccer.

The Timberwolves’ newest men’s roster commit, Dino Hronopoulos, comes from Edmonton by way of Prince George campus employee Maria Trujillo, who also happens to be his godmother, and, after going through a number of universities, penned his signature for the 2019-20 season.

“She told me to come to the school, and I looked into it,” said the 18-year-old in a team release. “I thought ‘wow, this is a good school.’ The team is a great group of nice guys, and that was surprising, but I am so happy.”

The product of the Scottish United and Inter Soccer Clubs in Alberta’s capital city joins a Timberwolf roster that saw several of its defenders graduate from school last year, making him part of a brand new approach on the back-end.

“He has a very strong commitment to his development as a player,” he explained. “And he is already showing great growth. He is a solid defensive presence with a good understanding of the game. I really look forward to working with him.”

Hronopoulos claims he has a monster kick and hopes his skills can help propel the T-Wolves into the playoffs and avoid the heartbreak of last season.

“They can expect some nice long balls, and some great slide tackles. I love getting wins, and that feeling when someone on your team scores a goal. I really hope to make this school even better.”

He plans on taking General Arts while attending UNBC.

The men’s soccer Canada West schedule begins on Aug. 23 on the road when the green and gold face the University of the Fraser Valley’s green and white.

Prince George local recruit joins UNBC Timberwolves soccer for upcoming season
Jul 25, 2019 4:30 PM
Comments
We welcome your feedback and encourage you to share your thoughts. We ask that you be respectful of others and their points of view, refrain from personal attacks and stay on topic. To learn about our commenting policies and how we moderate, please read our Community Guidelines.