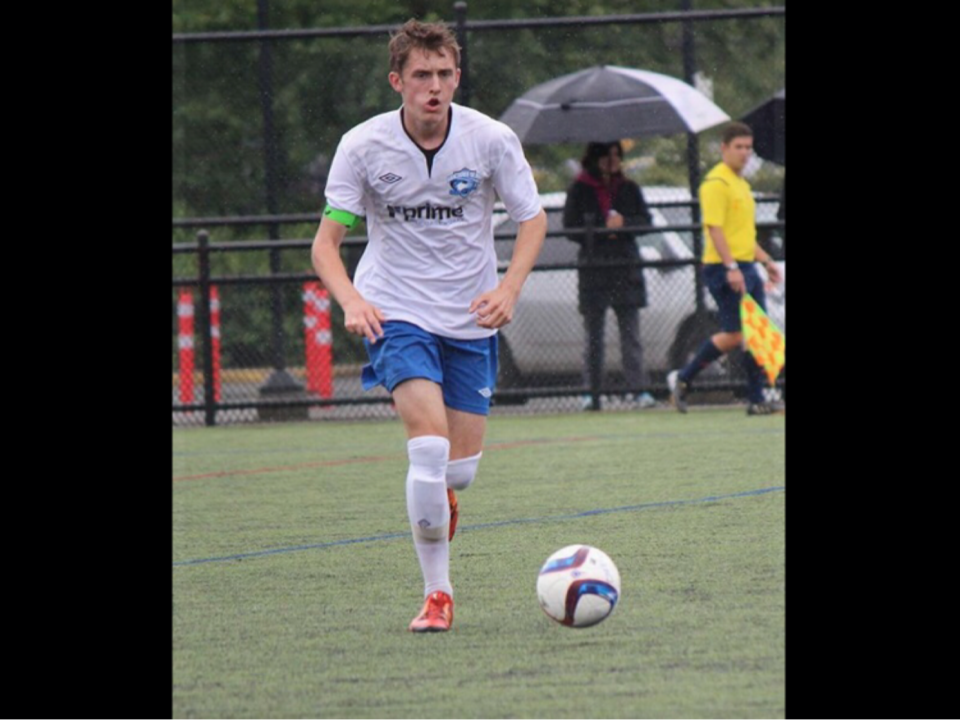 B.C.’s northern capital is being slowly invaded by B.C.’s provincial capital when it comes to suiting up collegiate soccer players.

The latest recruit for UNBC’s men’s soccer program is Jake Dziwenka, who is not only the 10th Victoria native to join the 2019-20 roster, but is also the 11th graduate of the prestige Vancouver Island Wave men’s system to move north in pursuit of university-level experience.

In terms of why the 18-year-old chose the Prince George school over others, his answer appears to be similar to his future teammates and fellow Wave alumni.

“I went to some other schools, and I didn’t feel comfortable there,” he explained in a team release. “I didn’t feel myself there, and I didn’t feel as wanted. This felt like a good fit. I knew a lot of players, and I have known Steve (Simonson) since I was in youth soccer, so that all led up to this.”

Simonson is also a former coach of the Vancouver Island Wave and has grown with almost half of his UNBC squad on the island prior to joining Timberwolves Athletics.

He says Dziwenka’s recent time playing in B.C. Soccer’s High-Performance Program has helped with his progression both physically and mentally.

“That experience, as will his adaptability between centre midfield and centreback, should help him transition well into U-SPORTS,” Simonson said in the same statement. “I have experience working with Jake in the past, and I know he has to tools to become a big of our program.”

Dziwenka stands on the taller side of the T-Wolves’ men’s soccer spectrum at six-foot-one, making him a more versatile player capable of keeping up with the pace of play on offense and defense.

“I am hoping to connect the team and spray balls out,” he said when addressing his plan for his freshman year. “Assist goals, score some goals, hopefully, but I am more of a defensive player. So, keeping the ball out of the net, and helping to get the ball forward.”

The Timberwolves’ men’s soccer team now consists of 10 Victoria players, 10 from Prince George, and 10 from elsewhere.

Their Canada West season starts Aug. 23 on the road at UBC-Okanagan before their first homestand Aug. 30 and Sept. 1 at Masich Place Stadium.

UNBC Timberwolves men's soccer adds national champion through transfer
Apr 12, 2019 11:30 AM
Comments
We welcome your feedback and encourage you to share your thoughts. We ask that you be respectful of others and their points of view, refrain from personal attacks and stay on topic. To learn about our commenting policies and how we moderate, please read our Community Guidelines.