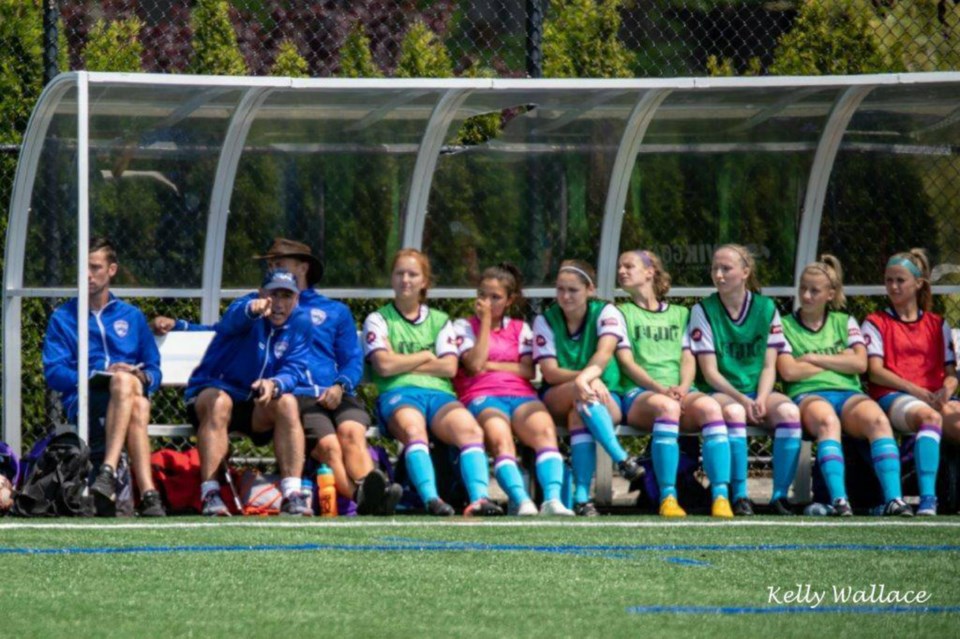 There are a number of factors that can hard for a franchise to get off on the right foot in an expansion season.

However, for a Prince George-based soccer coach, everything seemed to fall into place as Neil Sedgwick led Vancouver Island FC to a second-place northwest conference finish in their first year in the Women’s Professional Soccer League (WPSL).

The accolades earned him the 2019 Coach of the Year honours for that division, sharing it with Seattle’s head coach Scott Ford.

In the eight-game summer season, the UNBC women’s soccer bench boss led the blue, white, and purple to a 6-2 record, which was capped off by a five-game win streak and finishing one win behind first place.

Sedgwick had some help on the pitch by suiting up 10 active and recently-graduated Lady T-Wolves to Vancouver Island FC’s first-ever roster, including seven returning players:

Sedgwick’s club, in recognition for their on-field play, was awarded the conference Franchise of the Year, also sharing that title with Seattle.

He’ll now look to lead the UNBC Timberwolves to another playoff appearance in the 2019-20 Canada West season, which kicks off Sept. 5 at Masich Place Stadium.

A major congratulations to @UNBCWSoccer coach @neilsedgwick5, who was named the @wpsl Conference Coach of the Year, for his work with @VanIslandFC; an expansion team in the WPSL with ten @unbc TWolves on the roster, that won conference franchise of the year! Congrats! #gotwolves pic.twitter.com/VtFii1qSC9

Surrey speedster commits to UNBC women’s soccer for 2019-20 season
Mar 29, 2019 2:42 PM
Comments
We welcome your feedback and encourage you to share your thoughts. We ask that you be respectful of others and their points of view, refrain from personal attacks and stay on topic. To learn about our commenting policies and how we moderate, please read our Community Guidelines.