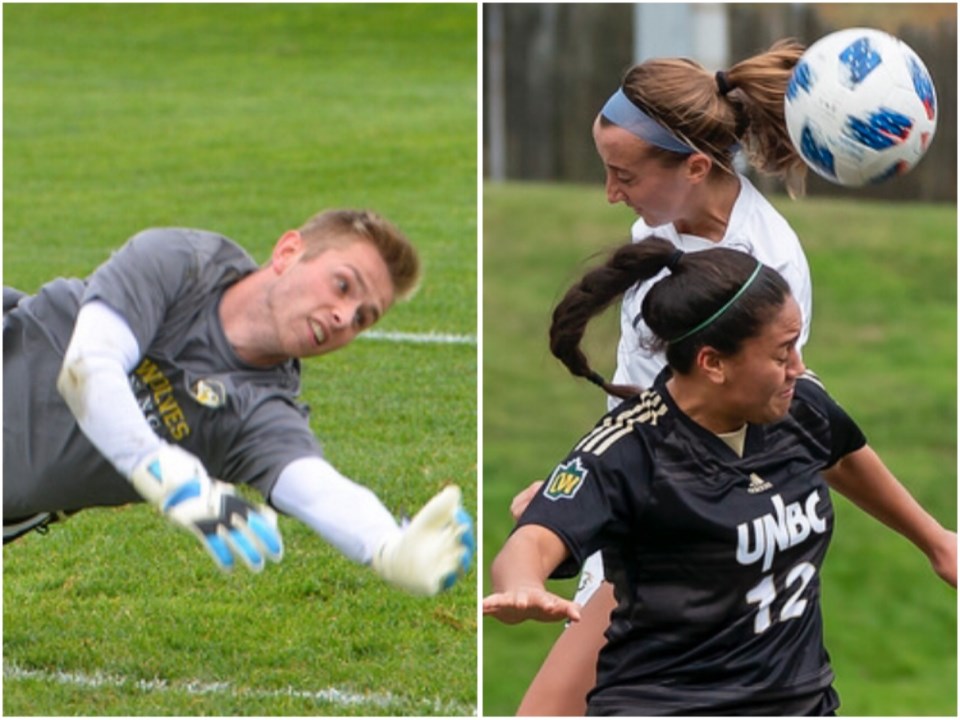 Canada West has unveiled the schedule for the upcoming season of university footy in Prince George.

The UNBC Timberwolves soccer squads are gearing up their 2019 campaigns and are hoping to match some of 2018’s records on the pitch, with the women’s team eyeing a third straight playoff berth and the men hoping to get back into the post-season after missing out last season.

On the men’s side, they begin their quest for redemption on the road against UBC-O on Aug. 23 and 24; their first set of home games is set for Labour Day weekend.

The Lady T-Wolves will have home-advantage to start the year, facing Thompson Rivers on Thursday, Sept. 5 and Saturday, Sept. 7 against UBC-Okanagan (UBC-O).

All home games will be played at Masich Place Stadium with various start times.

Much like their basketball counterparts, the Lady T-Wolves made history in 2018 by winning their first-ever Canada West playoff game.

They finished 3-8-3 during the season, taking the last playoff spot in the Pacific Division, and would go on to lose to 3-1 to UBC in the quarter-finals.

The ladies will be without graduating athletes Madison Emmond (the program’s all-time games played leader) and Kylie Erb, but signed six new players in the off-season, including Hallie Nystedt’s sister Avery.

Julia Babicz will be the only fifth-year on the roster for 2019.

The men’s soccer team compiled a record of 5-4-6, their best since joining Canada West in 2012.

They were on the cusp of making a second trip to the playoffs in three years, but were eliminated by Thompson Rivers (TRU) as the Wolfpack won their last three games of the season to clinch the final spot.

Revenge will be in sight when TRU comes to Prince George for the final weekend of the season, Oct. 19 and 20.

There will be now fifth-year players on the roster in 2019, but returning athletes include Cody Gysbers, Jonah Smith, Owen Stewart, James Stephens, Joel Watson, and goalkeeper Rob Goodey.

The team said goodbye to 10 players like Francesco Bartolillo, the 2018 recipient of the U-Sports Student-Athlete Community Service Award, the first national award for a UNBC Athletics program in school history.

.@CanadaWest released the 2019 conference soccer schedule, and @UNBCMSoccer are ready to get things going! Major matchups coming to @CityofPG's Masich Place! Get all the details here: https://t.co/L1Y7lJEtnY pic.twitter.com/mZ3hHRr2X1

UNBC Timberwolves men's soccer adds national champion through transfer
Apr 12, 2019 11:30 AM
Comments
We welcome your feedback and encourage you to share your thoughts. We ask that you be respectful of others and their points of view, refrain from personal attacks and stay on topic. To learn about our commenting policies and how we moderate, please read our Community Guidelines.