Both UNBC teams come in with winning records while the University of Manitoba has struggled mightily
Jan 11, 2019 11:08 AM By: Jess Fedigan 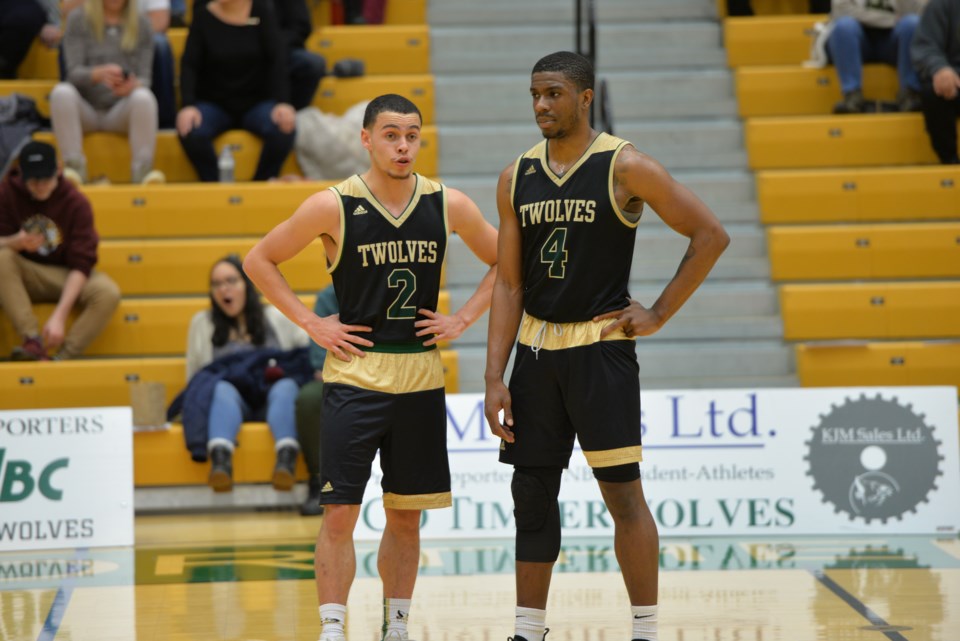 UNBC men's and women's basketball teams will look to attack their prey this weekend at the Charles Jago Northern Sport Centre.

UNBC women come into the back-to-back weekend series with an 8-4 record and currently are riding a two-game winning streak after defeating Thompson Rivers University last weekend at home (Jan. 4 and 5) and will also look to extend their 6-0 unbeaten streak at home.

The Bisons currently sit at 5-7 on the season and are on a seven-game losing skid.

UNBC sits seventh in Canada West Standings while Manitoba is 11th heading into the weekend.

Statistics for both teams are as follows:

“Getting two wins this weekend is really important, especially heading on to the road for the next weeks, which will be really difficult," UNBC's Devon Wood says in a press release. "Hopefully, this sets the tone for the rest of the season."

.@UNBCWomensBball hosts a very tough @umbisons team this weekend, in a big @CanadaWest matchup! Hear from @UNBC guard Devon Wood, and remember, Fri is Elementary School night, and Sat is Shoot for the Cure! Hear f/ Devon below or read a full preview here: https://t.co/5fyA19ZvDu pic.twitter.com/9x6MMGQ9mx

The men's team comes into the matchup this weekend sporting a 7-5 record after a split with the Thompson Rivers University WolfPack last weekend. They currently are on a one-game losing streak.

The Timberwolves have a decent home floor record (4-2).

The Manitoba Bisons, meanwhile, sit at 3-9 on the year. They come into tonight's contest on a five-game skid and are 2-4 on the road this year.

UNBC is currently seventh in Canada West standings while the Bisons sit in 14th.

Statistics for both teams are as follows:

The @UNBCBasketball team welcomes the @umbisons to @NorthernSport this weekend, in a crucial @CanadaWest clash! hear from @UNBC guard Chris Ross about the matchup, and head to our website for a full preview: https://t.co/aJ6EiRoRgA pic.twitter.com/VL8QG1JU5m

UNBC men and women's basketball teams victorious in battle against the Spartans
Nov 17, 2018 11:56 AM

Timberwolves' Maria Mongomo named Canada West women's first star
Nov 20, 2018 2:05 PM
Comments
We welcome your feedback and encourage you to share your thoughts. We ask that you be respectful of others and their points of view, refrain from personal attacks and stay on topic. To learn about our commenting policies and how we moderate, please read our Community Guidelines.