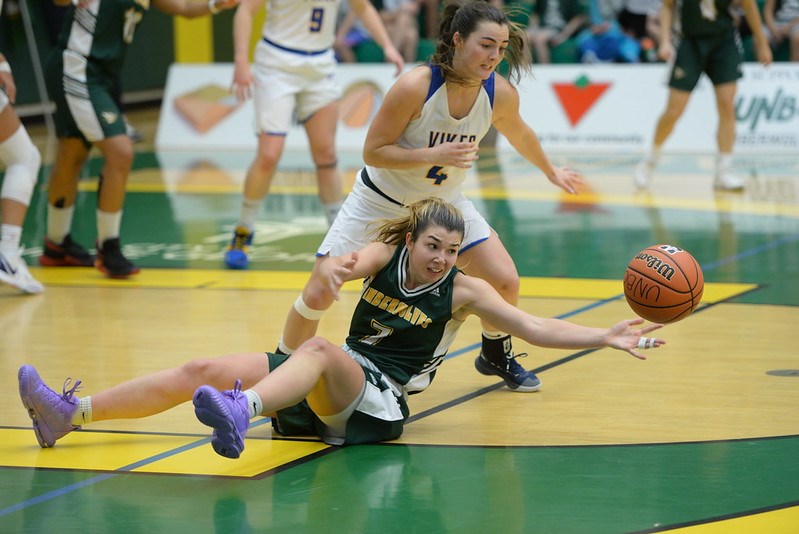 It'll be a battle of T-Wolves and Spartans in Langley this weekend.

The UNBC Timberwolves men's and women's basketball teams take on Trinity Western (TWU) in weekend doubleheaders for both sides at the Langley Events Centre.

For the women, both TWU and UNBC have yet to win games this year, coming in with identical 0-2 records.

The Spartans is last in the current standings (17th) while UNBC sits 14th.

The Timberwolves lost their first two games of the year at home against the Victoria Vikes, including their season-opener in an OT thriller (Nov. 1) followed by a 10-point loss the following night (Nov. 2).

Trinity Western lost their first two on the road against the Thompson Rivers University WolfPack with a three-point loss in their 2019-20 opener also followed by a 10 point loss the next evening in Kamloops.

There will be a few conference individual offence leaders to look out for.

The Timberwolves are averaging 76.5 points per game, 43.4 per cent from the field, 26.5 per cent from beyond the arc and a 79.2 per cent free throw percentage.

UNBC is averaging 39 rebounds per evening and 19.5 assists per game.

TWU currently averages 58.5 points per game, a 35.5 field goal percentage, 23.1 per cent from downtown and a 73.3 per cent free throw percentage.

The Spartans are averaging 43 rebounds per game while recording seven assists per game.

As for the men, TWU is also winless at 0-2 while UNBC holds a 1-1 record heading into this weekend.

The Spartans also dropped their first two in Kamloops against TRU and it wasn't pretty.

UNBC grabbed a season-opening win in Prince George on Nov. 1 against visiting Victoria thanks to a historic night from Vova Pluzhnikov, who became the first men's basketball player to record a triple-double in the school's Canada West history with 25 points, 11 rebounds and 10 assists in a 88-81 victory.

The second night didn't end up going quite the same, where the Timberwolves suffered a 83-60 loss.

There are a couple of T-Wolves also in the top five in Canada West individual stats leaders.

Tyrell Laing is first in free throws made, making 15-16 to date while also sitting in fourth in points per game, averaging 21.5 while his teammate Spencer Ledoux sits third in field goal percentage at 66.7.

UNBC is currently averaging 74 points per contest with a 42.4 field goal percentage, 30.8 per cent from downtown and 85.7 per cent from the charity stripe.

They also average 36.5 rebounds per night along with 14.5 assists.

They are currently averaging 29.5 rebounds per contest and 8.5 assists per game.

16 points, 7 rebounds, and 4 assists earns @tyrelllaing the @MrMikesPG Player of the Game in @UNBCBasketball's 83-60 loss to the @uvicvikes. Congrats, Ty, and thank you Mr Mikes! pic.twitter.com/5UPt52uZQ0

Opinion: My daughter's not going back to school on Monday. Here's why.
May 29, 2020 5:05 PM
Comments
We welcome your feedback and encourage you to share your thoughts. We ask that you be respectful of others and their points of view, refrain from personal attacks and stay on topic. To learn about our commenting policies and how we moderate, please read our Community Guidelines.