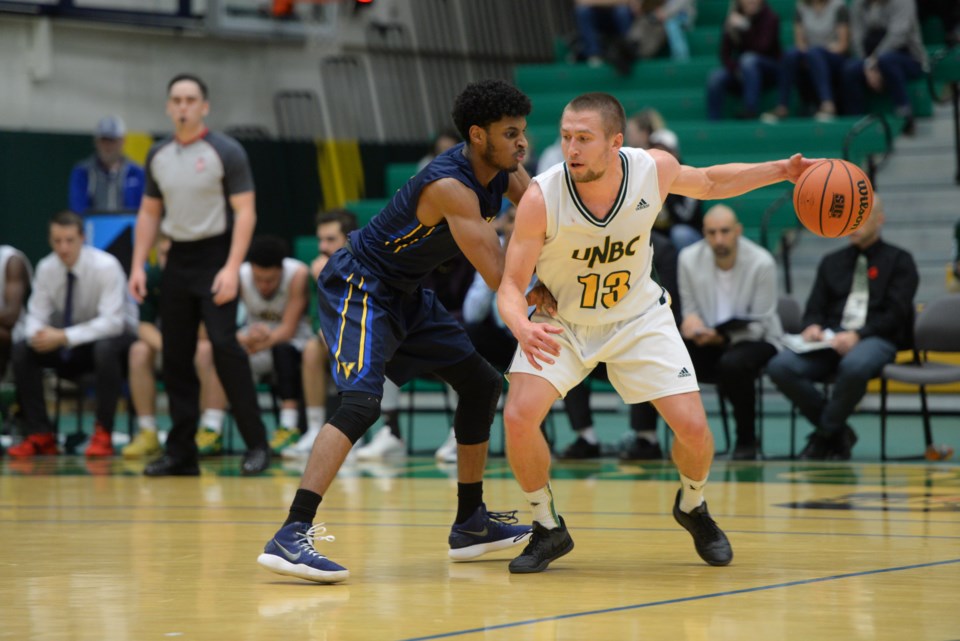 Vova Pluzhnikov was set to be a fifth-year veteran on UNBC's men's basketball team for the 2020-21 campaign, which is now cancelled by Canada West. (via UNBC Athletics)

It's another sad day for UNBC athletics and its players.

After already having 2020-21 soccer seasons cancelled, Canada West has announced the conference will not go ahead with men's and women's basketball, volleyball, hockey, wrestling and women's rugby 7s.

The announcement comes more than two weeks ahead of the originally scheduled Nov. 2 decision date, which was pushed from Oct. 8, after U-SPORTS chose to cancel all winter 2021 national championships today (Oct. 15) as well.

Canada West said the fate of championships in curling, track and field and swimming will be announced at a later date.

Not the news any of us wanted. @CanadaWest has voted to cancel all conference play for the 2020-2021 season. We will continue to #RunAsOnehttps://t.co/WN6Ps7JmaD pic.twitter.com/he0YYM1hXv

In a release, Canada West says the conference's 17 members voted to cancel and defer sports due to ongoing COVID-19 concerns.

"This isn't the outcome any of us wanted, however, it has become increasingly clear over the last few weeks that the environment wasn't going to change sufficiently to ensure safe competition in these sports.

"Ultimately our members saw no feasible path to staging Canada West events during the 2020-21 season in these sports. With today's decision our members have opted to provide clarity to our stakeholders, most importantly our student-athletes. Collectively we didn't take the decision to cancel fall competition lightly in June, and today's announcement is equally disappointing to everyone involved in university sport," Canada West President Clint Hamilton said.