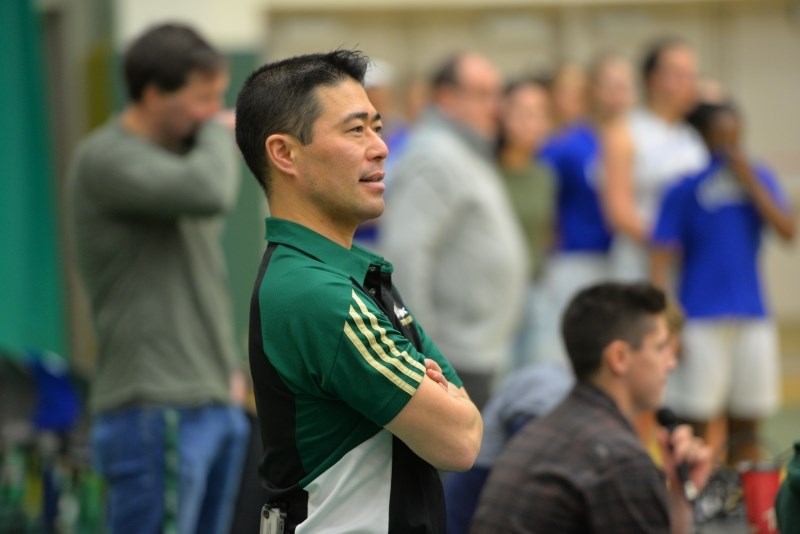 After two decades with the UNBC Timberwolves, Kaz Ikuta is stepping into a new role. UNBC Athletics

A different job, but same building.

The UNBC Timberwolves are saying 'goodbye' and 'thank you' to an athletics icon who has decided to move on after two decades with the department.

Kaz Ikuta has accepted a Programming Coordinator position with Northern Sport Centre, meaning he won't be leaving the building he's been familiar with since 1999.

Ikuta moved to Prince George in 1994 and began his career with the Timberwolves five years later, where he began volunteering to help the women's and men's basketball programs as an assistant coach.

He then moved into a role working with the youth camps.

“I love coaching and being around kids, teaching them," Ikuta said in farewell message through the athletics department.

"I am always honest and love having fun. I don’t get stressed out very easily, so I think you just smile and go.”

Ikuta continued to assist the basketball programs in their early BCCAA days, but then accepted a new position in Haida Gwaii, where he lived and worked with his wife Cher from 2005 and 2010.

He couldn't stay away from the T-Wolves for long and returned to the university where he was named Athletics assistant, which included taking the lead with camps, junior-athlete programs as well as game-day operations.

He'd be the first at any sporting event, ensuring all tasks were completed to help a varsity game run smoothly.

“I have known Kaz since I was probably 10 years old, doing the Junior Timberwolves in the summer. He has been my coach and my boss here at UNBC Athletics," Women's basketball standout Madison Landry explained.

"He has been such a role model for me and so many other athletes. He has such a positive outlook on life, and is such a great person to be around. I wish him all the luck.”

In 2019, the Kaz Ikuta Student Service Award was created to honour a UNBC student-staff member who showed the same qualities and work ethic of Ikuta.

Michael Sexton was the inaugural winner of the award.

“We consider ourselves lucky because he isn’t going too far. We will be able to see his smiling face around,” Sexton said.

“He is going to do great things, and it is exciting to see him taking the next step in something he wants to do. We want to say thank you Kaz, for everything you have done.”

While he's shifting into his new role, he won't be hard to find at soccer and basketball games.

“It is a new challenge and something new I have to learn. It is exciting, that way," Ikuta added.

"I will obviously miss working closely with the students, but I am ready. I am not going too far, so you will see me at the soccer fields and basketball court.”