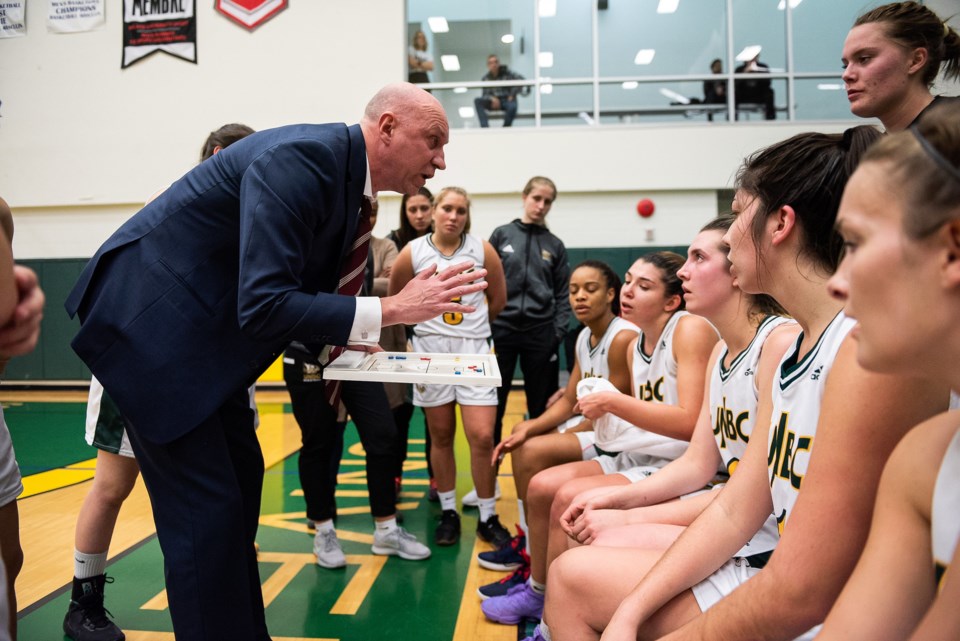 The UNBC women's basketball team has an almost identical playoff opponent in the first round: The Lethbridge Pronghorns.

The Timberwolves finished in eighth place for the 2019-20 Canada West regular season going from a 3-9 to an 11-9 record, due to an eight-game win streak.

Lethbridge has had an almost exact same season, also finishing with a record of 11-9 and now get the chance to host an elimination playoff game on their own floor at home.

Seeding is done by RPI in Canada West, which means depending on the schedule of each team throughout the season, a team could face tougher opponents which contributes to RPI.

The matchup goes tonight in Alberta at 5 p.m. PST.

Here's how the two teams stack up against each other:

"They came to town last year and were really good at both ends of the floor. We expect them to come out very strong. We are very close in the standings, so it’s really anyone’s game and a matter of who wants it more. We can expect a good fight from them.”

Eight straight wins for UNBC Lady T-Wolves, on to Lethbridge for basketball playoffs
Feb 9, 2020 8:35 AM

Lucky six: UNBC women's basketball wins sixth straight with only six players to clinch playoff berth
Feb 2, 2020 11:02 AM
Comments
We welcome your feedback and encourage you to share your thoughts on this story. We ask that you be respectful of others and their points of view, refrain from personal attacks and stay on topic. To learn about our commenting policies and how we moderate, please read our Community Guidelines.