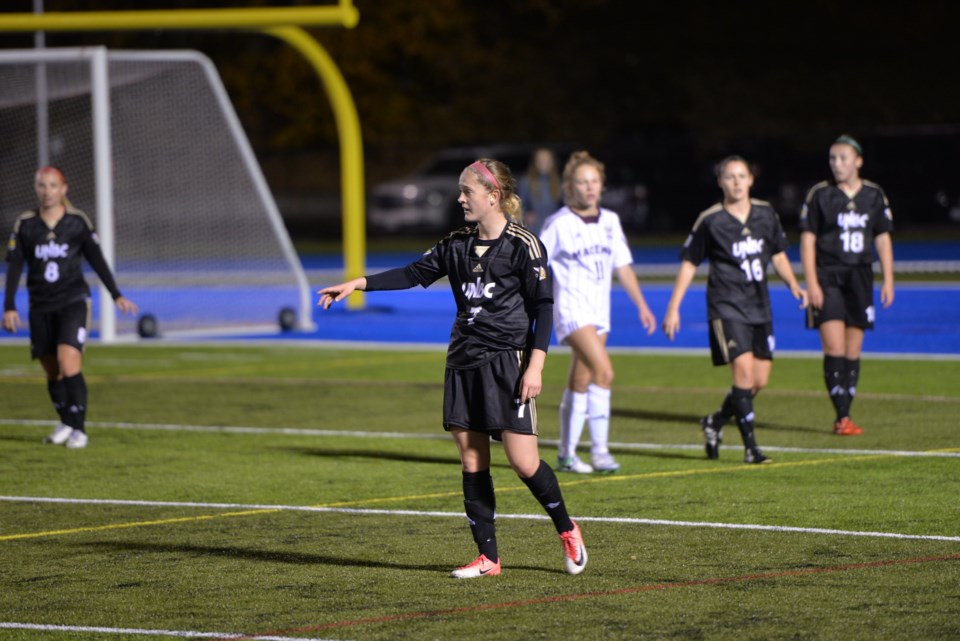 Paige Payne will be looking to have another monster season for the UNBC women's soccer squad. (via UNBC Athletics)

It's September, which means the 2019-20 Canada West soccer regular seasons are in full swing and the UNBC women, in particular, will be looking to build off of their historic 2018-19 season.

The women's season is a bit different compared to the men's side, with the women facing 11 different teams of their 14 regular-season games slated for this year.

The lady Timberwolves set program records in goals, wins (3-8-3), as well as points (12) last season and will look to push the bar even higher after reaching the playoffs for the second straight year.

But the biggest accomplishment of the most recent season was the first Canada West playoff game win in program history which came against the Manitoba Bisons in a dramatic penalty shootout.

Sadly, their season would come to an end in the second round with a 3-1 defeat to the top-seeded UBC Thunderbirds.

The team lost Madison Emmond and defender Kylie Erb after last season but have a slew of returning faces as well as new, but eyes will most certainly be on Canada West All-Star Paige Payne.

Payne set a UNBC record in points in a single season with 12 (eight goals and four assists).