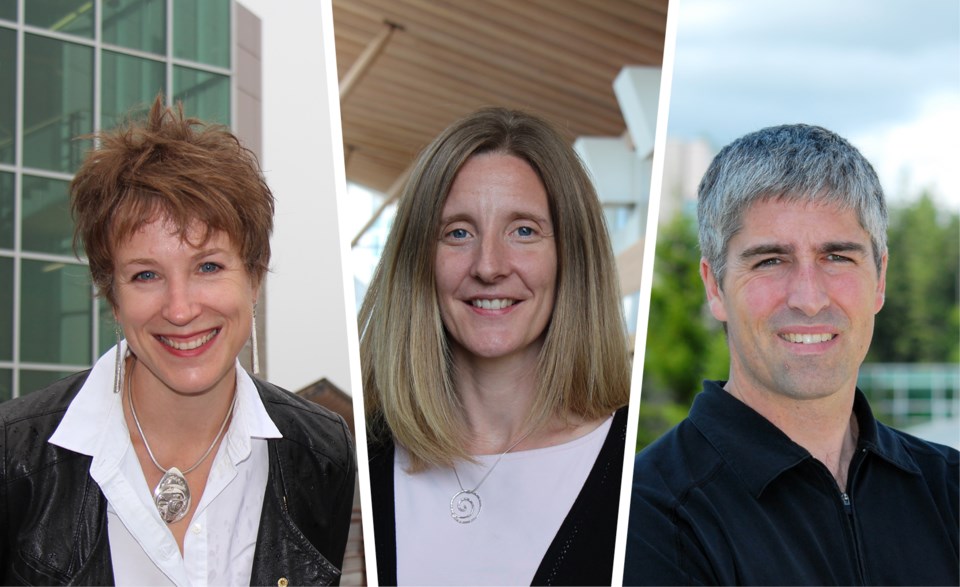 Dr. Sarah de Leeuw has been appointed as a CRC for the first time, while Dr. Sarah Gray and Dr. Brian Menounos have been renewed as CRCs.

De Leeuw, an associate professor in geography and the northern medical program (NMP) has been named as the new CRC in humanities and health inequities.

The CRC program, which was established in 2000, aims to help promote research and development excellence in Canadian post-secondary institutions.

Gray, an associate professor in the NMP, has been reappointed as CRC of integrative physiology of diabetes, and Menounos, a professor in geography, will continue his work as a CRC in glacier change.

“The outstanding talents that our Canada Research Chairs bring to UNBC not only enhance our research community but also strengthen our ability to develop leading-edge solutions to issues experienced in the north, across Canada and around the world,” says UNBC president Dr. Daniel Weeks in a press release.

“In addition, the CRC program also enables chairs to help develop the next generation of research leaders through expanded training and mentoring opportunities, an initiative to which these three individuals are deeply committed. I commend them for this outstanding professional achievement.”

All three researchers were appointed as Tier 2 CRCs, which is awarded to exceptional emerging researchers, acknowledged by their peers as having the potential to lead in their field.

De Leeuw will investigate how the arts and humanities can help address health inequities and encourage medical professionals to work in rural areas and with Indigenous people.

“I would like to explore whether the influence of the humanities can increase levels of empathy in health professionals and thus increase response to complex health issues,” says De Leeuw in the release. “I also want to examine how those who live with health inequities might be able to better describe their needs through methods that include the arts in informed practices.”