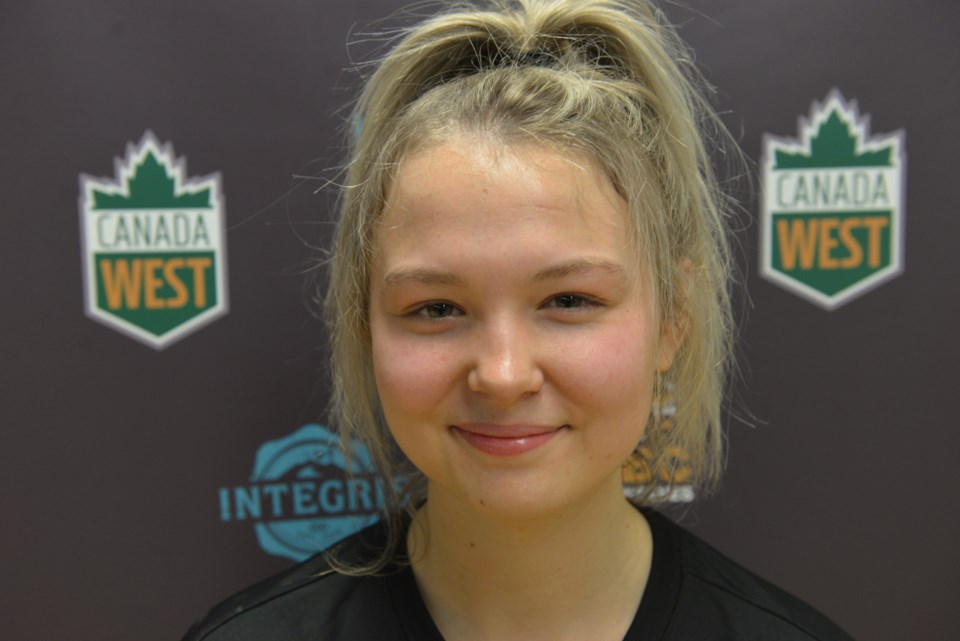 Sarah Lepine has joined the UNBC Timberwolves for the 2019-20 season. (via UNBC athletics)

The UNBC Timberwolves women's soccer team has once again landed a top tier player for the upcoming 2019-20 season.

Calgary native and 19-year-old Sarah Lepine has just come off a freshman season at the Southern Alberta Institute of Technology (SAIT) where she and the Trojans went 12-0 in the regular season last year while also earning a silver medal in the ACAC championship.

“I decided to come here because I wanted the opportunity to play soccer at the university level," Lepine says in a release. "Neil [Sedgwick] is a really good coach. I feel really good, and the team is so welcoming. It’s a positive environment to grow in, which I am really excited about.”

She graduated from Crescent Heights High School in 2018 and visited Prince George and UNBC that spring, training with coach Sedgwick.

“In our first few days of preseason, Sarah has shown a positive willingness to learn about our team’s communication and our culture," Sedgwick adds in the release. "She has a come with a good start with athletic ability and technical competence which she will continue to build on. She has fit in well and continues to make gains, and it will be exciting to see where she can be as a player.”

While she's not the biggest on the field, coming in at 5"4', her speed is a dangerous quality for oppositions.

“I am quick. I have good speed, so I like moving fast up the line, so that’s one of my strengths," she says. "I will really go for it. I put that extra effort in, to make sure I make an impact on the play.”

Lepine is also well aware of the recent success of the women's soccer program, where the team has made a trip to the Canada West playoffs in back-to-back years.

“They were really competitive during the season," she adds. "All their games were really close, so I kept my eye on that. I looked at stats and watched video of their games to see how they play. I think the difference is going to be how competitive and aggressive it is.”

Lepine will enroll in psychology with aspirations to eventually work in sports psychology.

The regular season opens on Sept. 5 and 7 in Prince George.

Soccer program looking for Prince George players on road to Indigenous Games
Jun 11, 2019 1:45 PM
Comments
We welcome your feedback and encourage you to share your thoughts on this story. We ask that you be respectful of others and their points of view, refrain from personal attacks and stay on topic. To learn about our commenting policies and how we moderate, please read our Community Guidelines.