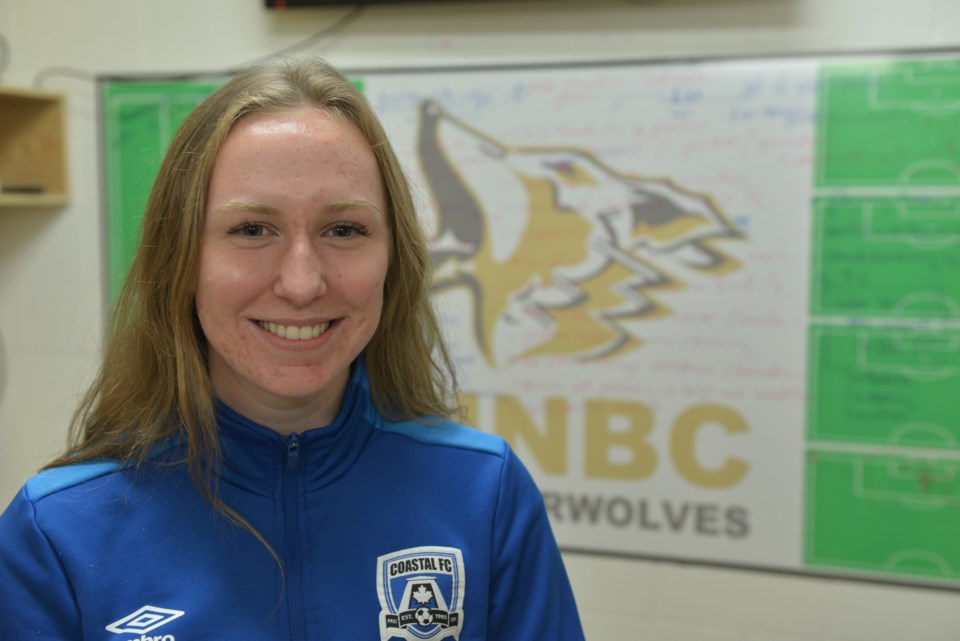 The UNBC Timberwolves women's soccer team will be even tougher come next season.

The program announced today (Dec. 6) that Chilliwack native Kalista Kirkness has committed to the Timberwolves, starting next season.

Her decision came after visiting Prince George multiple times to see the university, which included tours of the Northern Sport Centre and also watching the women's team in action.

“Coming into this, I didn't know a ton about UNBC, so being exposed to campus, and meeting some of the girls, everything clicked for me right away," Kirkness says in a press release. "Neil is an awesome coach, and seeing how much this team has grown was really important to me. To join a growing program where everyone is so connected is really cool.”

The fullback also knows head coach Neil Sedgwick from when he paid a visit as a guest instructor to her club, Coastal FC of the B.C. Soccer Premier League.

“Soccer has been my life since I was four years old," she says in the release. "When Neil came and ran a session with our team, it became clear this was something I wanted to do. I pursued it, and to be a part of a varsity team like this is really amazing. I am really proud of being able to play at this level, and I am really excited.”

Sedgwick is also excited about the recruit committing. He points to Kirkness' physical attributes and character.

“Every time I see Kalista, she has grown enormously as a player," he adds in the release. "She has a true appetite to develop, and I am excited to see her continue to grow. As she continues to receive strong coaching through Coastal, I fully expect her to arrive in August fully ready to help us grow the program.”

Kirkness will graduate from Sardis Secondary in June. She plans to enrol in bio-medical studies at UNBC.

You can look for tons of grit as well from the 17-year-old.

“I am really looking to grow in my technical ability. I am a good passer, but I am looking to improve on my one-on-one skills," she says. "I love to release and get up on the attack. Plus, I am gritty. If someone hits, they can expect it back.”