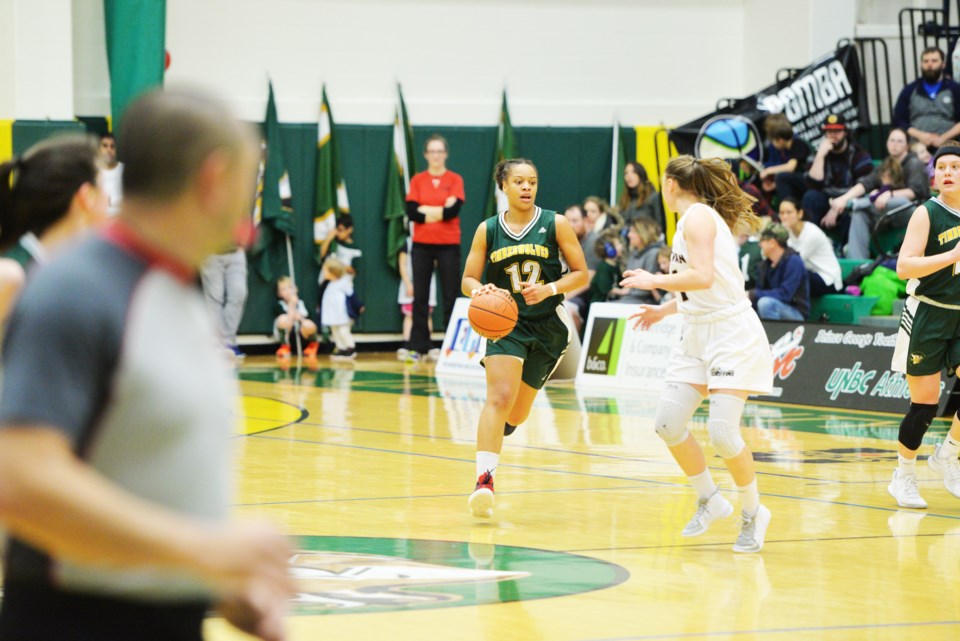 Maria Mongomo heads into the playoffs with the hot hand. (via Flickr/UNBC Athletics)

If you said Maria Mongomo, of course, you would be right as the Spaniard has been named the final Canada West Third Star of the Week for the 2019-20 regular season.

It's the fourth time this year the UNBC women's basketball guard has been included in the weekly honour.

The fifth-year player, who will be graduating from the Prince George school this year, contributed in a massive way to the women's current eight-game win streak and clinching a playoff berth for the fourth consecutive season.

But, she also earned the 2019-20 Canada West women's scoring title this past weekend against MacEwan University.

The lady Timberwolves once held a record of 3-9 on the season, but won those eight straight games and finished 11-9 for eighth place in the Canada West standings.

They will face the Lethbridge Pronghorns in their first-round match-up on Friday (Feb. 14) at 5 p.m. Pacific.

On Friday (Feb. 8), Mongomo dropped a double-double with 21 points and 14 rebounds, plus six steals and five assists, in an 84-63 win against the visiting MacEwan Griffins.

She followed that performance on Saturday (Feb. 9) with a second double-double in two nights with 29 points, 13 rebounds, four assists and three steals in an 80-62 win over the Griffins.

Mongomo logged huge minutes as the UNBC Timberwolves only had six players active for both games due to the injury bug striking the team in the previous weeks.

Eight straight wins for UNBC Lady T-Wolves, on to Lethbridge for basketball playoffs
Feb 9, 2020 8:35 AM

Level up: UNBC's Maria Mongomo named Canada West Star a second straight week
Jan 28, 2020 1:27 PM
Comments
We welcome your feedback and encourage you to share your thoughts. We ask that you be respectful of others and their points of view, refrain from personal attacks and stay on topic. To learn about our commenting policies and how we moderate, please read our Community Guidelines.