Jones tallied two goals and an assist in the opening weekend of women's soccer
Sep 10, 2019 12:48 PM By: Jess Fedigan 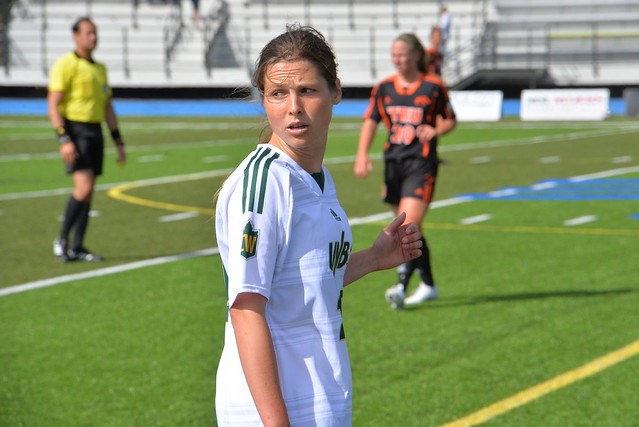 After going undefeated in their season-opening weekend, a UNBC women's soccer T-Wolf has been recognized regionally.

Third-year forward Sofia Jones was announced as the Canada West Women's Third Star for the period of Sept. 5 to 8.

On Thursday, Sept. 5 against Thompson Rivers University at Masich Place Stadium, Jones had one assist while recording three shots in the Timberwolves 1-0 win.

She followed up that performance on Saturday (Sept. 7) with two goals in a 3-0 home win against UBC Okanagan.

In their season opener, the San Francisco, California product logged a full 90 minutes of game time.

The Timberwolves currently sit atop the Canada West Pacific Division being undefeated with six points.

Three more arrests made in ongoing Prince George drug-trade gang violence
Sep 25, 2020 11:15 AM
Comments
We welcome your feedback and encourage you to share your thoughts. We ask that you be respectful of others and their points of view, refrain from personal attacks and stay on topic. To learn about our commenting policies and how we moderate, please read our Community Guidelines.