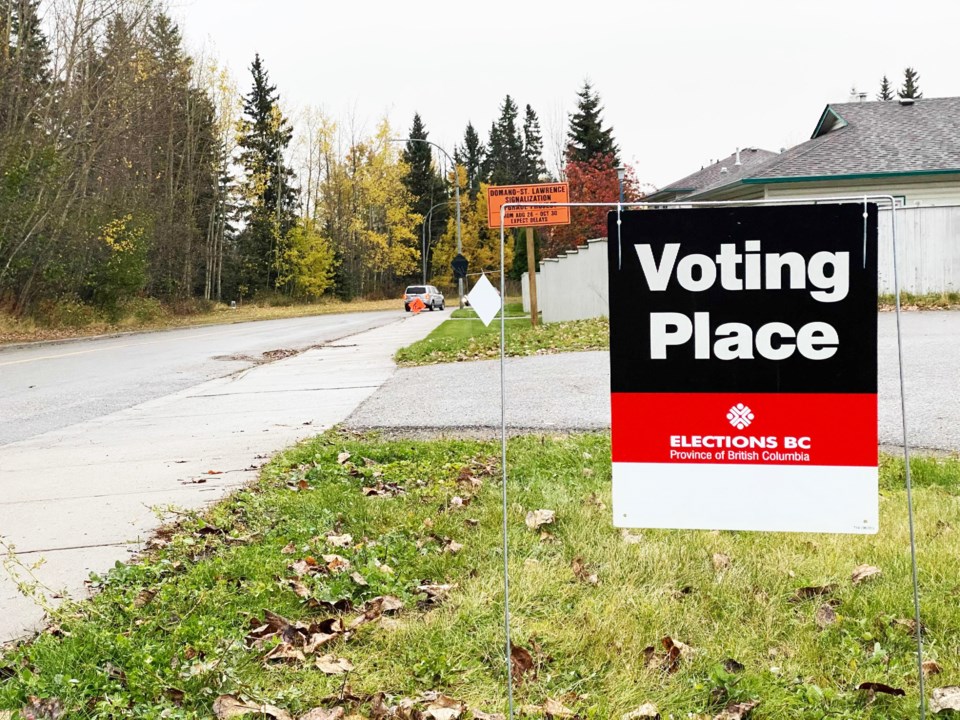 It was a low turnout in Prince George as well as B.C. on the first day of advanced voting for the 2020 provincial election.

According to numbers released by Elections BC this afternoon (Oct. 16), there were 104,937 ballots cast across the province yesterday (Oct. 15), a drop of 14 per cent compared to 122,465 on the first day during the 2017 provincial election.

In Prince George-Valemount, just 1,306 voters headed to the advanced polls out of 36,700 registered voters, which is just 3.6 per cent.

Only three per cent of Prince George-Mackenzie voted in advance yesterday with 1,046 out of 34,433 registered residents in the riding.

Elections BC says, with regards to the provincial total, there was a delay in receiving the preliminary figures from the following districts:

The numbers will be added to the electoral districts tomorrow (Oct. 17).

Prince George-Valemount saw 1,306 ballots cast yesterday out of 36,700 registered voters in the riding which equates to 3.6 per cent. Prince George-Mackenzie saw 1,046 ballots completed out of 34,433 voters which is 3 per cent #bcpoli #bced #cityofpg #elxn #bcvotes @PGMatters

The candidates in both Prince Geoge ridings are as follows: