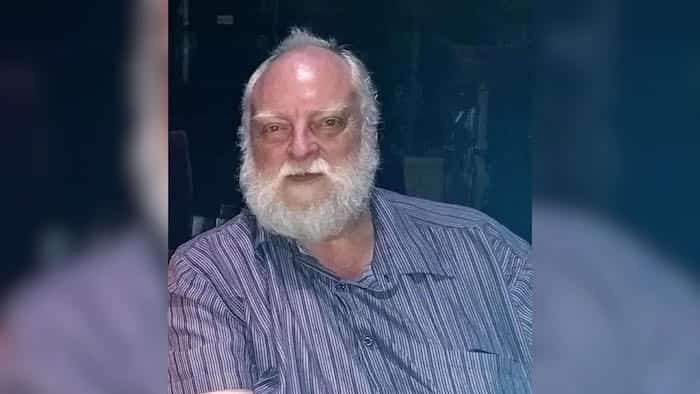 A Vancouver man murdered and left by a roadside in northern British Columbia is being remembered as a “loving father” and “passionate teacher.”

Leonard Dyck, a University of British Columbia sessional lecturer, was identified as the third victim in the recent killings on the Alaska Highway on Wednesday, July 24. His body was discovered five days ago at a roadside pullout on Highway 37 near Dease Lake.

Teen fugitives Kam McLeod, 19, and Bryer Schmegelsky, 18, were charged on Wednesday with second-degree murder in relation to Dyck’s death.

Both teens are also wanted in connection to the shooting deaths of two tourists, Australian Lucas Fowler and his American girlfriend, Chynna Deese. Their bodies were found next to their van on the Alaska Highway on July 15.

Dyck worked in the UBC’s Botany Department and has been described on social media as a man who “spread knowledge and passion on his subject” and “put goodness into the world.”

In a statement, Dyck’s family said they were “truly heartbroken by the sudden and tragic loss of Len” and called for privacy at this “difficult time.”

“He was a loving husband and father,” the family said.

“His death has created unthinkable grief and we are struggling to understand what has happened.

“While we understand there will be interest in knowing more about him and the impact he had during his life, we are asking for the public and the media to please respect our privacy during this difficult time.”

Sean Graham, the head of UBC’s Botany Department, wrote in a post to the school’s website that staff were aware of the reports “identifying a body found in Northern B.C. as that of Leonard Dyck.”

The post confirmed Dyck was a sessional lecturer in the department.

“The UBC community is shocked and saddened by this news and we offer our deepest condolences,” Graham wrote.

Meanwhile, past students, colleagues and friends have begun paying tribute to Dyck in a memoriam post — In memoriam of Len Dyck — on Reddit.

“Len was a passionate teacher and an excellent colleague. I’m incredibly grateful to have gotten to know him even a bit, and furious that his time was cut short,” one colleague wrote.

Another wrote: “It’s tragic, we really did lose an essential contributor to the academic community. It won’t be the same that’s for sure.”

RCMP are looking for anyone who spoke to Dyck during his travels in Northern B.C.

Canada-wide warrants have been issued for McLeod and Schmegelsky.

The two fugitives were last seen in more Gillam in northern Manitoba, and the vehicle they were last seen driving was recovered on fire by police on Monday, July 22.