Sikh and Muslim RCMP officers with beards put on desk duty, 'discriminated' against 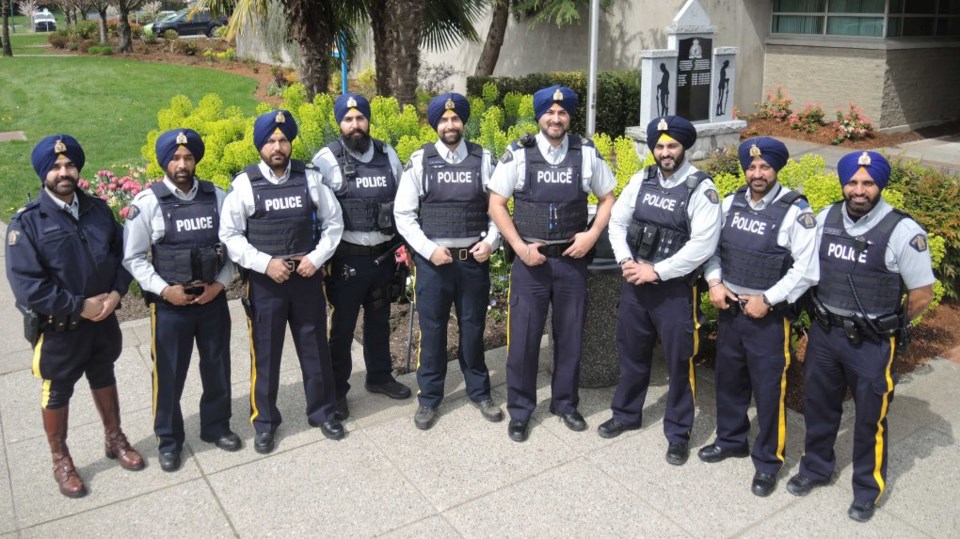 Just 13 months after RCMP officers in areas of B.C.were first granted the privilege to grow facial hair last summer, they lost it, during the COVID-19 pandemic.

Sikh and Muslim RCMP officers are being removed from the field and put on desk duty – specifically because of their beards, according to the World Singh Organization (WSO).

It's because, for a proper seal around personal protective equipment (PPE) like N95 masks, a clean-shaven face is required, said Cpl. Caroline Duval of RCMP media relations in Ottawa.

However, shaving is not simply a question of grooming for Sikh and Muslim RCMP members, who are facing “discrimination” at work because of their beards, said WSO legal counsel Balpreet Singh.

Singh told Glacier Media he’s been contacted by “quite a few” Sikh and Muslim officers in Metro Vancouver who have been pulled back from front-line policing because of their beards, which are thought of as an act of faith in the Sikn religion.

“One police officer I’ve talked to is contemplating leaving the force because he feels that the RCMP does not understand him,” the lawyer relayed.

“Another, new to the force, joined because he said he wanted to make a difference in his community. Now, after six months working at a desk his mental health is impacted.”

Duval, from the RCMP, admitted “members with accommodations for medical or religious reasons” have been impacted for having beards.

“While wearing respirators is not currently mandatory in all front-line policing situations, it is mandatory when certain risk factors are present,” said the spokesperson.

“If they must be reassigned as a safety precaution, we strive to identify a reasonable and appropriate workplace accommodation.”

Singh is arguing that the federal government’s duty to accommodate officers’ faiths supersedes the forces need to enforce situation-specific labour laws – considering the Canadian Charter of Rights and Freedoms.

The lawyer says this is especially the case because: “Sikh officers serving in other police forces across Canada continue to serve on the frontlines, having not been removed from their duties."

Although in many Metro Vancouver municipalities, where RCMP governs forces, such as North Vancouver, Burnaby, Surrey, and Langley– it is a much different reality for officers with beards.