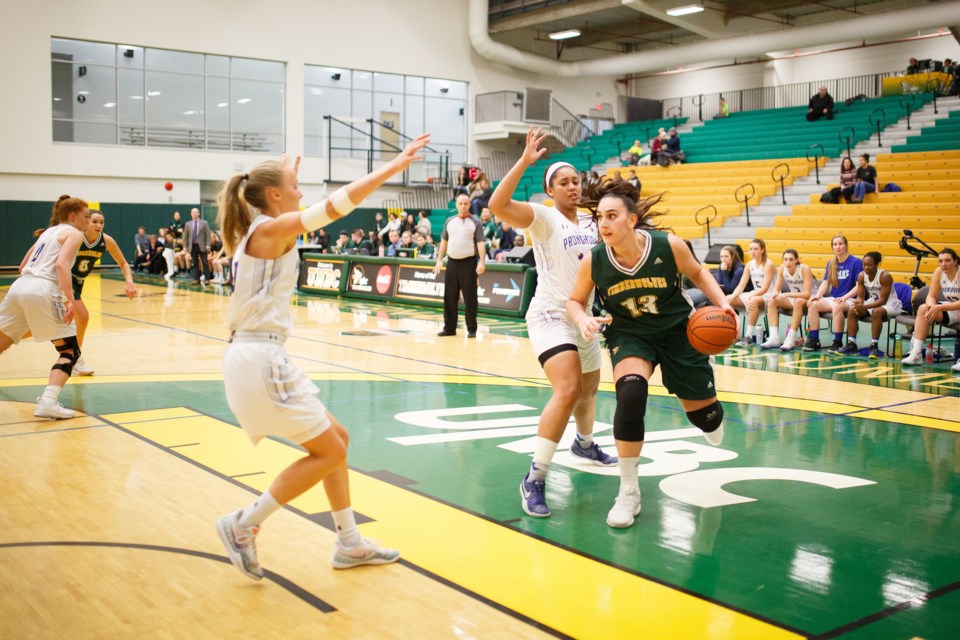 Forward Vasiliki Louka has been named to the Canada West First All-Star Team. (via UNBC athletics)

Another day, another pair of UNBC Timberwolf basketball players recognized on the national stage.

UNBC women's forward Vasiliki Louka made more history with the Timberwolves, becoming the first female athlete to be named to the Canada West First All-Star team on Thursday (Feb. 21).

The Greek native led the Canada West conference in rebounding (12.7 per game) while also recording 18 double-doubles.

The 18 double-doubles would be good enough for 20th on the all-time career Canada West list.

She also finished eighth in Canada West scoring (17.3 points per game) while also finishing in the top five in offensive rebounds, blocks as well as free throw percentage.

Louka was named a Second Team All-Star in 2018.

She finishes her Timberwolf stint as the program leader in points, rebounds, blocks, double-doubles and minutes played.

The rest of the women's First All-Star Team are: 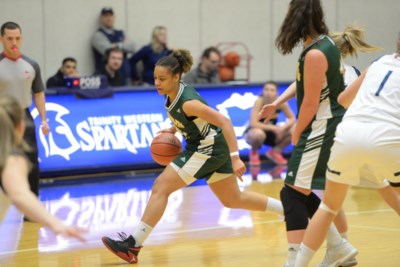 Maria Mongomo has been named to the Canada West Third All-Star Team. (via UNBC athletics)

Another Timberwolf also had her name added to an all-star team today.

Guard Maria Mongomo of Spain finished the 2018-19 season in the top five in Canada West scoring and steals. She also landed in the top ten for rebounds.

The rest of the women's Third All-Star Team are: