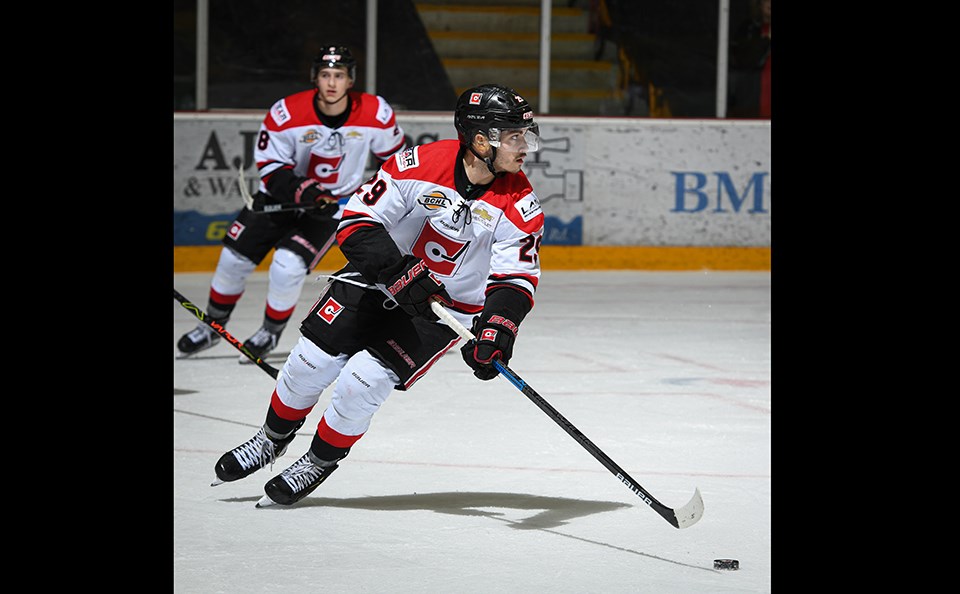 Christian Buono, seen here with the Merritt Centennials, will play for the Prince George Spruce Kings for the 2020-21 BCHL season. (via Darren Francis)

Last year, the Prince George Spruce Kings consisted of five players that graduated out of junior ‘A’ hockey.

There will likely be more for the 2020-21 season, but the team has now added another veteran presence to the roster in hopes of providing an extra kick.

The 2019 Fred Page and Doyle Cup champions made a trade with the Merritt Centennials this week, receiving Christian Buono and is set to add playmaking skills in the offensive zone.

The 19-year-old forward has 75 points and 128 BCHL games under his belt, which Prince George General Manager Mike Hawes believes can provide knowledge and experience to a young squad.

“Christian is a veteran BCHL player who will provide leadership and will be relied on as a big offensive piece of our team,” said Hawes in a team statement.

“It is exciting when you can add a player like Christian to the group.”

The Burnaby product’s senior season will be with his fourth team since joining the BCHL in 2016.

In exchange, the Spruce Kings will send future considerations to Merritt.

VIDEO: One year ago, Prince George Spruce Kings made history with first Doyle Cup
May 4, 2020 2:35 PM