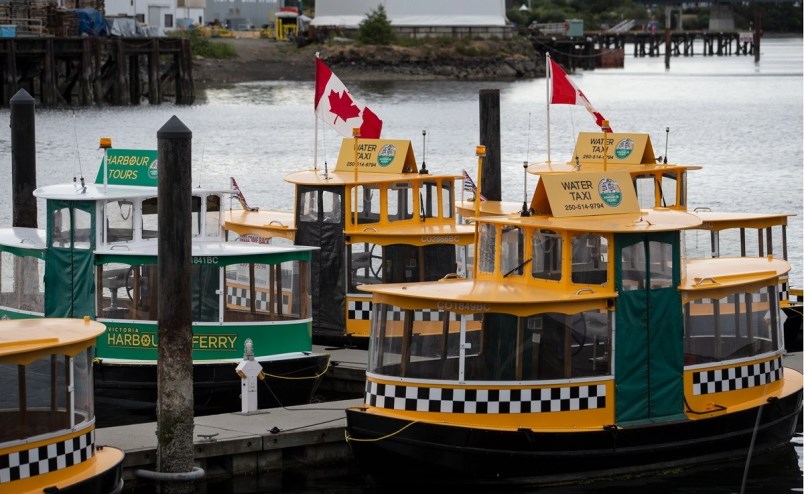 Victoria Harbour Ferry is closing down after 30 years in business, and its vessels will make their final treks across Victoria’s Inner Harbour on Tuesday.

Chief executive Barry Hobbis blamed the shutdown on the Greater Victoria Harbour Authority’s unwillingness to negotiate a new deal for the company to use docks at Fisherman’s Wharf and on the Inner Causeway in front of the Fairmont Empress Hotel.

Hobbis said without access to those harbour authority-controlled docks, the company is no longer viable, as passengers picked up there represent between 75 and 80 per cent of ferry business.

Victoria Harbour Ferry, with a fleet of 17 vessels, offers tours of the harbour, pub crawls and taxi service from more than a dozen docks.

Hobbis said the authority handed the company a termination letter ending access to the docks as of July 1, which means Victoria Harbour Ferry will cease operations at 8 p.m. June 30.

The company had been working to sustain its operations during the pandemic, he said.

“Having just returned to some semblance of operation and hope that we will survive, this is an unfortunate and insurmountable blow to our recovery.”

Though it did not have an agreement with the harbour authority, the company had been operating a small fleet of vessels for the past three weeks.

The authority offered a deal to the company earlier this year that would have allowed the ferries to continue operating until next spring. Terms of that offer have not been made public.

Hobbis said he had issues with a number of clauses in the offer, with the biggest sticking point the fact that it would expire next spring, which would be of little use in planning recovery from a pandemic.

“Any business is looking at three to five years just to get to a recovery level where they may be financially viable again,” he said.

He had hoped to negotiate, but was told the offer was not up for discussion.

An emotional Hobbis said he still can’t believe the company is being put out of business.

“We just did not see this happening,” he said. “I just can’t tell you how upset I am. Over 30 years, tens of thousands of supporters, tremendous support from our community, hundreds of really good people working here over the years and this is the way it comes to an end. I just wish they had been willing to sit down and talk about this. They’re not. I don’t know why, so that’s it.”

Hobbis denied the closing announcement is a negotiating tactic. “I wish I was playing a card, but it’s not.”

Harbour authority chief executive Ian Robertson said it tried to work with the company over the past few months, and the deal it offered was designed to be fair and consistent with other operators.

“We’re not prepared to cut side deals with particular operators, or with any operators,” he said. “We have been more than fair with what we’ve put in front of them.”

Asked if it was worth losing the long-time operator, Robertson noted that it was Victoria Harbour Ferry that decided to suspend operations. He said he remains open to making a deal with the company. “My line is always open.”

Victoria Harbour Ferry, founded in 1990 with two boats, says it has carried more than four million passengers in its three decades in business.

“What has been lost here is an iconic service for locals and visitors alike,” said Paul Nursey, chief executive of Destination Greater Victoria, who was holding out hope Friday that mediation could be used to find an agreement.

He said the real culprit here is the pandemic.

“Both organizations involved have had their business models obliterated by the pandemic as has the entire visitor economy. Both parties have had virtually no revenues for months so this result is not surprising,” he said.

“For decades, our industry has contributed untold billions of dollars to the coffers of all levels of government,” he said. “The provincial government has commented that they do plan to fill gaps behind the federal government, with the $1.5 billion economic recovery program. The time for waiting is over.

“This is not a drill. A highly valued industry teeters on the edge of collapse, yet there are more rounds of consultation forthcoming in the weeks ahead. I regret we could see more significant business failures in the weeks ahead.”