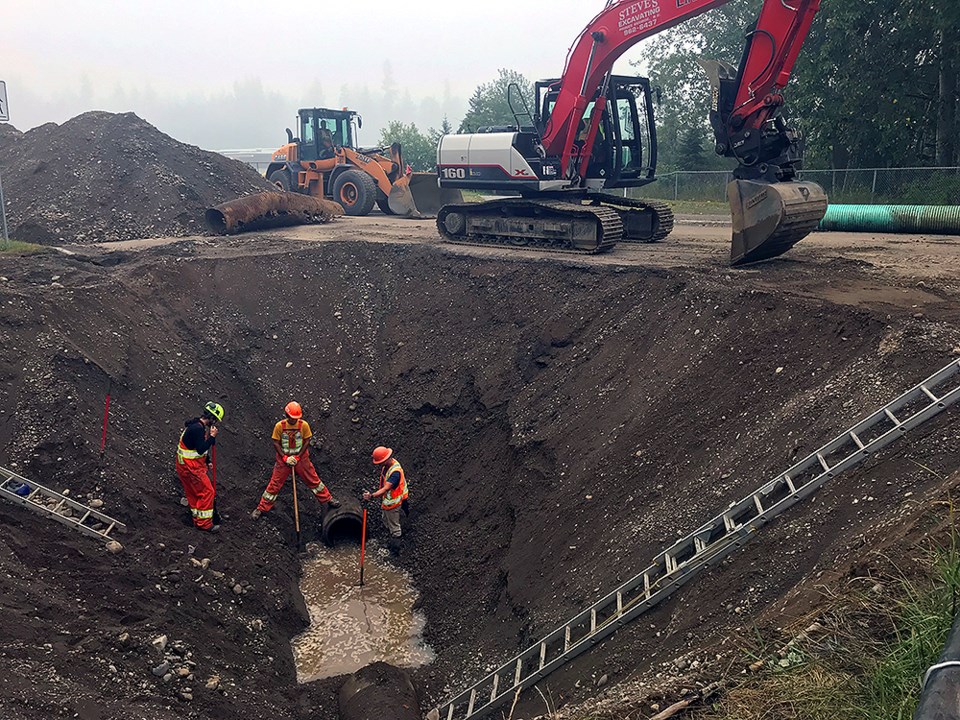 City crews in Prince George are still working on a fix for the damaged culvert on Victoria Street.

In a news release, the city says a five-metre section of a damaged storm drain that destabilized part of the street last week, south of Milburn Avenue.

Once complete, crews will begin to backfill at the site. As a result, Victoria Street will remain closed between McCullagh Avenue and Milburn Avenue until the excavation area has been repaved.

The city says the road should be reopened by the end of this week.

It's believed the damaged culvert was installed in the late 1960s with the operation being slowed down because of rain and groundwater filling the excavation site and needed to be removed.

Crews with the City of Prince George are replacing a five metre section of damaged storm drain that destabilized part of Victoria Street last week south of Milburn Avenue. The road is expected to be re-opened by the end of the week. - https://t.co/SQJxTK3cNj pic.twitter.com/wFbDe9F2rp

Damaged culvert causes slight sinkhole on this Prince George street
Aug 9, 2019 9:26 AM
Comments
We welcome your feedback and encourage you to share your thoughts. We ask that you be respectful of others and their points of view, refrain from personal attacks and stay on topic. To learn about our commenting policies and how we moderate, please read our Community Guidelines.