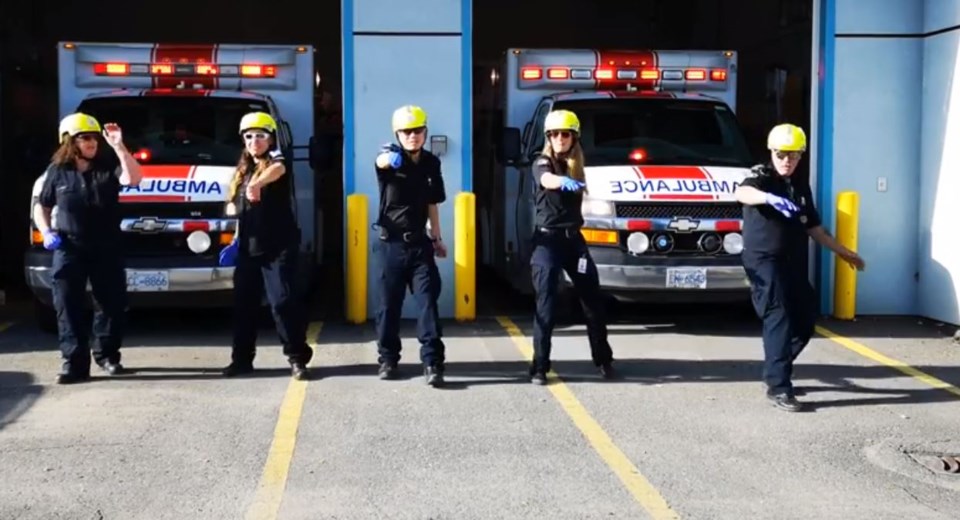 Love can truly be a powerful thing, and not just in our personal relationships. Co-workers can develop a bond and love for each other, especially in the medical profession.

Sharon Unger, a paramedic at B.C. Emergency Health Services Station 763 in Fraser Lake, recently stepped away from work to fight cancer. To show how much they love her, Unger's colleagues created a lip-sync video to The Power of Love.

"We wanted to do something that also made her laugh," co-worker Kenneth Cao tells PrinceGeorgeMatters.

As for the song choice, Cao says he wanted a classic that was also original compared to other lip-sync videos.

"The Power of Love just fit with the tone of the video," he says.

The video took over two months to make, with Cao editing the final product on his days off.

Unger left work in August. She has seen the video, according to Cao, and a relative of Unger has even reached out to him to express her thanks.

"Her cousin actually sent me a message saying he was there when she watched it and Sharon was filled with tears, speechless and filled with gratitude," he says. "For us being paramedics, we actually have each other's backs on scene and this was the same thing; whether we're on scene, on a call or not, we're just having her back."

Clips were sent in from other B.C. Emergency Health Services stations. The video has already been viewed 35,000 times on Facebook.

Air Canada to apply for wage subsidy program to help keep employees on payroll
Apr 8, 2020 8:05 AM

More help on way for those not eligible for emergency aid programs
Apr 8, 2020 7:15 AM
Comments
We welcome your feedback and encourage you to share your thoughts on this story. We ask that you be respectful of others and their points of view, refrain from personal attacks and stay on topic. To learn about our commenting policies and how we moderate, please read our Community Guidelines.