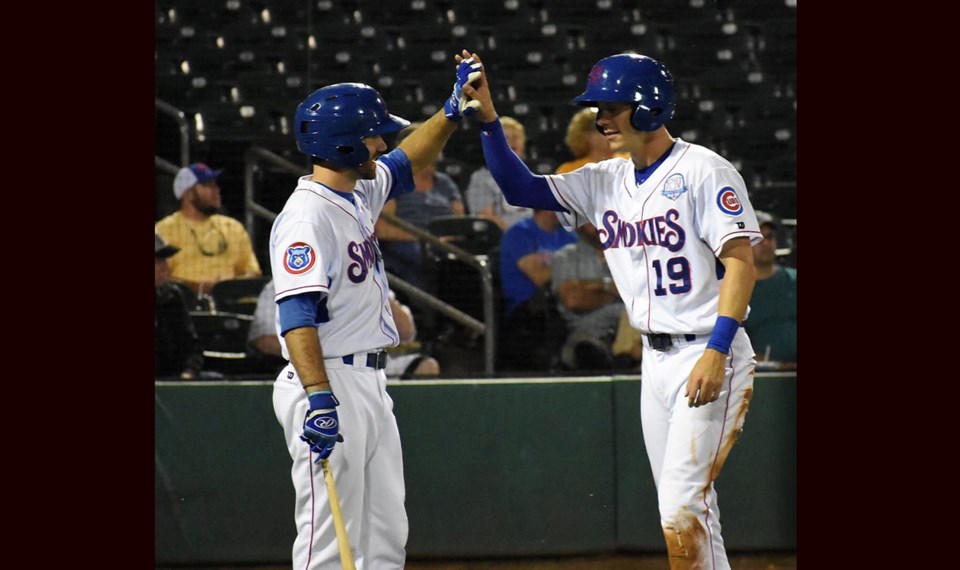 His team may be struggling in the standings, but a Prince George baseball player is continuing to put up impressive outings two steps beneath the majors.

Jared Young came up clutch last night (Aug. 14) for the Tennessee Smokies, the Chicago Cubs’ AA Southern League affiliate, scoring the game-winning RBI single in the 12th inning against Jacksonville for the 5-4 victory on his home field.

The 24-year-old sent the ball into left field which allowed teammate Charcer Burks to kick into second gear from second base and bring in the winning run.

(NOTE: The video below is courtesy of the Tennessee Smokies.)

He came in as a pinch-hitter seeing no action in the contest prior to the bottom of the 12th and clobbered the ball on just the second pitch.

That play was Young’s team-high 50th RBI of the 2019 season with the Smokies, which also earned Tennessee their second win in the last three games.

Young’s Smokies are currently 17 games behind first place in the North Division of the 10-team Southern League.

Jared Young sends us home with a walk off in the 12th inning!!!

Oh and Cory Abbott struck out a career high 12 batters 🔥🔥

Prince George baseball product Jared Young promoted by Chicago Cubs
Apr 1, 2019 11:35 AM
Comments
We welcome your feedback and encourage you to share your thoughts on this story. We ask that you be respectful of others and their points of view, refrain from personal attacks and stay on topic. To learn about our commenting policies and how we moderate, please read our Community Guidelines.