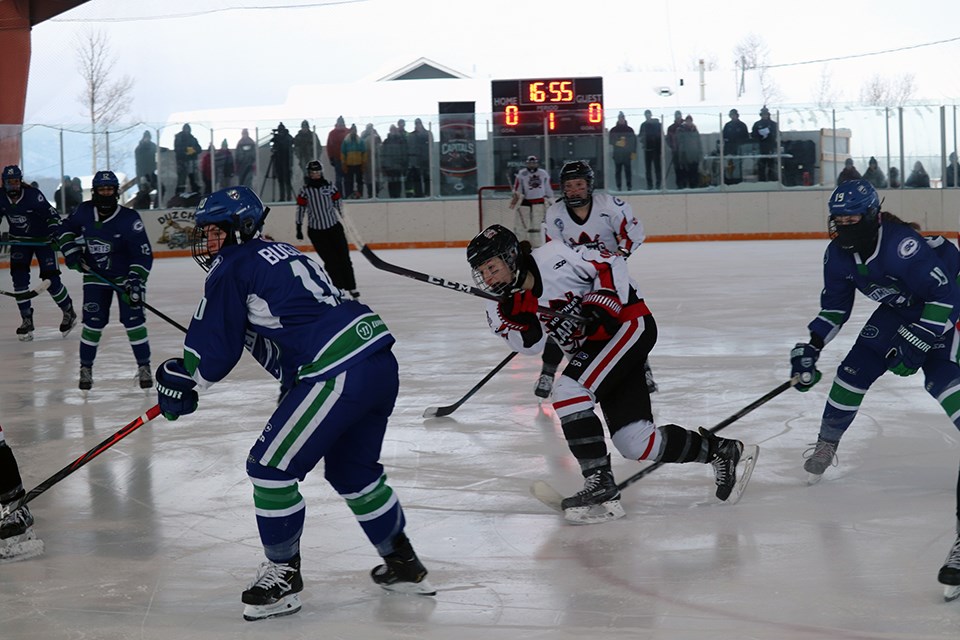 It was a historic weekend for two Prince George organizations under the Cariboo Hockey umbrella.

The Northern Capitals and Cariboo Cougars took part in the 2020 BC Winter Classic on the Nak’azdli Whut’en territory, a pair of outdoor games at Ernie Sam Memorial Arena.

The experience was extra special for the Caps, who participated in what is believed to be the first female midget AAA game played outside in all of Canada.

This was the second year in a row the Major Midget Cats got to take on an opponent in Fort St. James.

While both teams were held off the scoresheet in their respective tilts, all four participating teams during the Jan. 18-19 weekend cherished the on- and off-ice experiences.

Here’s a video featuring some of the weekend highlights.