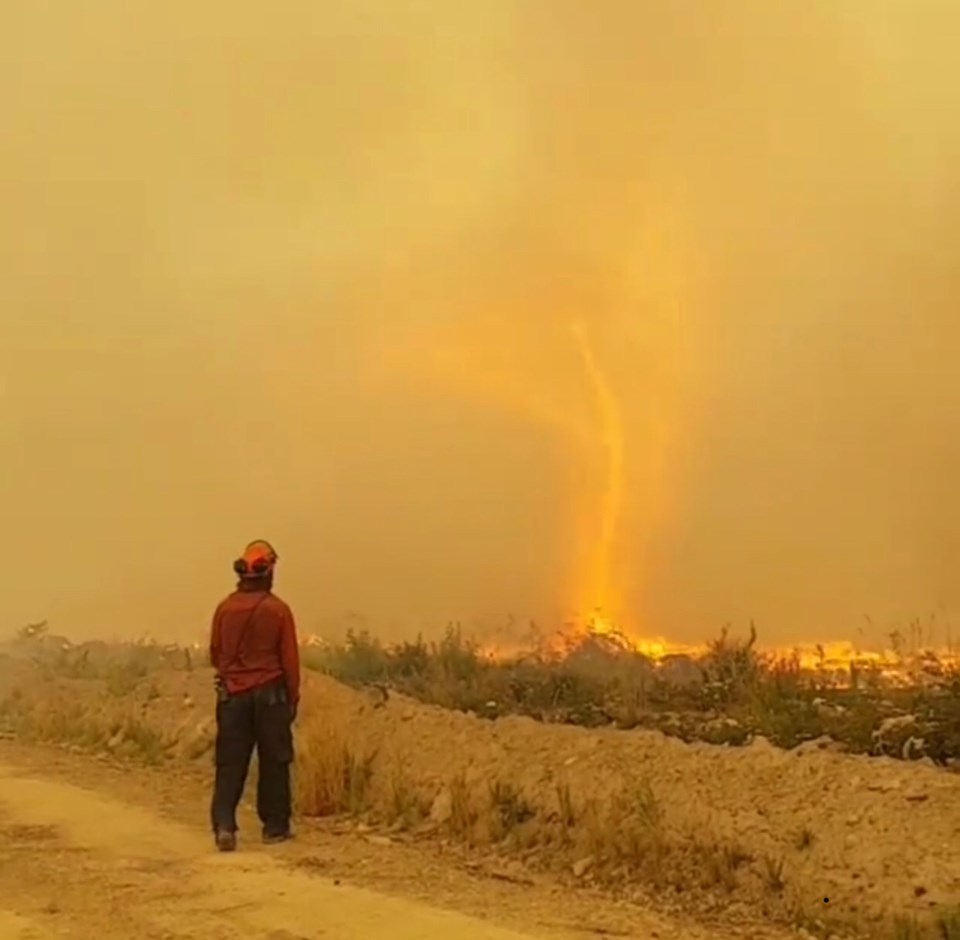 A crew member of a local unit crew took this footage of firefighters battling the Chutanli wildfire on Aug. 19. (via Contributed)

This is quite the sight to see.

Wildfire season in B.C. was the worst on record and a video posted on social media shows how dangerous it was for firefighters near Vanderhoof.

A video posted on Instagram by Mary Schidlowsky, a member of a local unit crew, shows a hose being sucked into the air before melting during a fire fight on Aug. 19.

The video description also says the fire tornado threw burning logs across the guard for upwards of 45 minutes.

Fire tornado destroyed our line. It threw burning logs across our guard for 45 minutes and pulled our hose 100 plus ft in the air before melting it. That's definitely a first. #firenado #startthepump #wildfire Note: It got over 200ft tall but the smoke was too think to see it clearly on video. Sorry for the profanity.

Also known as fire whirls, they form when wildfires or a firestorm creates its own wind and then can turn into a tornado-looking phenomenon. They mainly consist of a burning core as well as a rotating pocket of air.

Amanda Reynolds, a fire information officer with the Prince George Fire Centre, says these are very rare sights. In this scenario, the conditions were favourable for this kind of activity.

"August 18 to 19, many of the fires were very active during that time due to high winds, high temperatures, and low relative humidity," says Reynolds.