‘We will honour the legacy that he has built:’ Prince George Cougars golf tournament to remember Gary Samis

Eighth annual event this weekend will be the first without its late chairman
Jul 11, 2019 1:35 PM By: Kyle Balzer 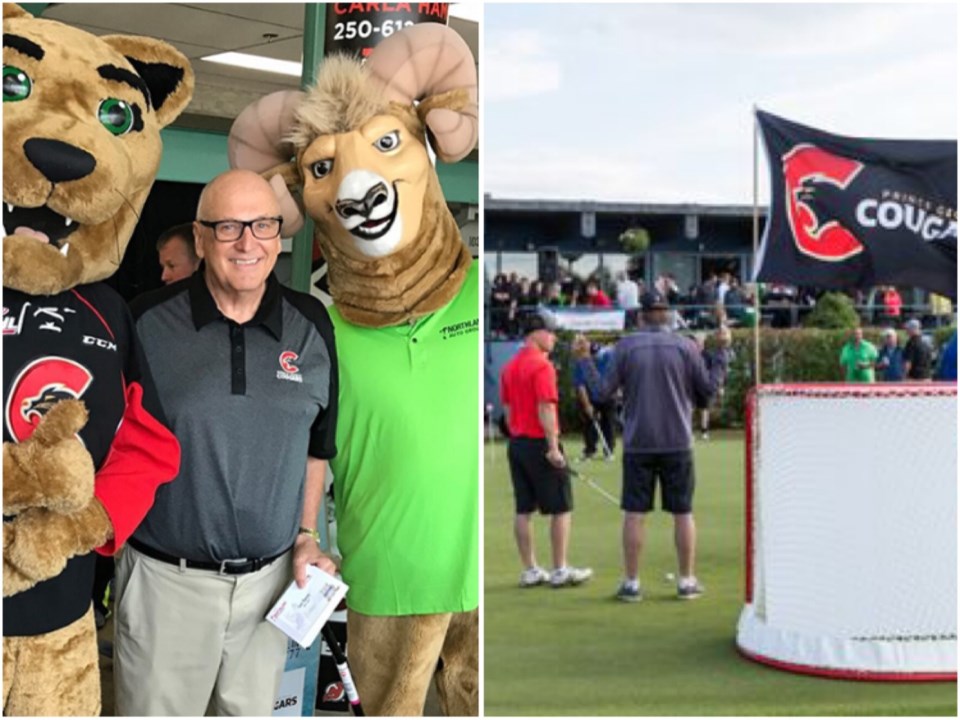 In the eight years of the Prince George Cougars Alumni Charity Golf Tournament, one man has built its foundations in advocating for community healthcare.

Gary Samis began the annual event in 2012, which brings Cougars alumni back to the northern capital for two days of reminiscing, friendly competition, and making new friends, while also raising money for the Spirit of the North Healthcare Foundation.

‘The Commish’ was the one constant in the tournament every year, but since his passing on May 13, 2019, everyone participating this weekend may develop a better understanding of how much he meant to the organization.

“It’s very clear that Gary brought much more than just fundraising to this tournament,” said Cougars Vice-President of Business Andy Beesley to PrinceGeorgeMatters. “Gary was a bridge that connected Alumni, Cougars staff, community sponsors and business people, volunteers, and charity workers. Under Gary’s leadership and passion, everyone connected together and worked towards the same goal.”

The day of the golf tournament will be exactly two months after Samis died of a heart attack at the age of 67.

Perhaps some irony too, Beesley explains, as the event raises funds for much-needed cardiac equipment at the University Hospital of Northern B.C. (UHNBC).

“It’s going to be even more important for those participants who bid on auction items to recognize that their ‘donations’ will greatly honour Gary by continuing to help upgrade the cardiac equipment in our community.”

To make the charity as successful as he could, Samis not only cultivated relationships with Prince George businesses, but also through the Cougars’ alumni, making sure they understood the meaning behind the tournament and why they should attend.

When asked if the team will be able to continue to build on Samis’ foundation, Beesley believes the team will undoubtedly ‘make no mistake’ of keeping the tournament alive.

“In fact, we have pledged to Gary’s family that we will honour the legacy that he has built, and all work together to ensure that we continue forward and make continual improvements to the tournament,” he said. “We have a network of people who have stepped up to the plate to take leadership for this year, and over the coming months, we’ll regroup and decide who and how will take the reigns in the future.”

Won’t be the same without the incredible leadership and heart of Gary Samis, but we are all committed to putting on a great event in his honour and to keep his legacy alive and well. https://t.co/ugMJwTM2UZ

In the history of the event, through Samis’ leadership and passion, close $500,000 has been raised for better healthcare in Prince George, including $74,000 from 2018.

The goal this time around to accumulate $80,000 or more in hopes of providing the final push for a Vivid Q Cardiac Ultrasound that will be used by anesthesiologists at (UHNBC).

While it may be a sombre occasion this time around, Beesley is also hoping those out on the course and enjoy themselves the way Samis always did.

“There are two excellent ways to honour Gary. The first is to recognize that while this is a fun tournament and a great way for Alumni to come back to Prince George and reconnect with each other and their fans, it is also a major fundraiser in support of the Spirit of the North Healthcare Foundation. The second way people can honour Gary is to have an incredibly positive and fun time, gathering together, celebrating everyone’s contributions to the Cougars and the City of Prince George, and to be happy and enjoy life!”

Samis’ son Ryan has been invited to speak during Friday night’s (July 12) live and silent auction dinner at the CN Centre, which kicks off the weekend’s activities.

“Several alumni have spoken about their feelings of sadness and loss over Gary’s passing, and that the tournament just won’t be the same without him,” Beesley added. “Having said that, everyone is also extra motivated to make this a great event and to honour his legacy.”

Golfers will tee it up at the Prince George Golf and Curling Club on Saturday morning (July 13), ending with a dinner and another auction.