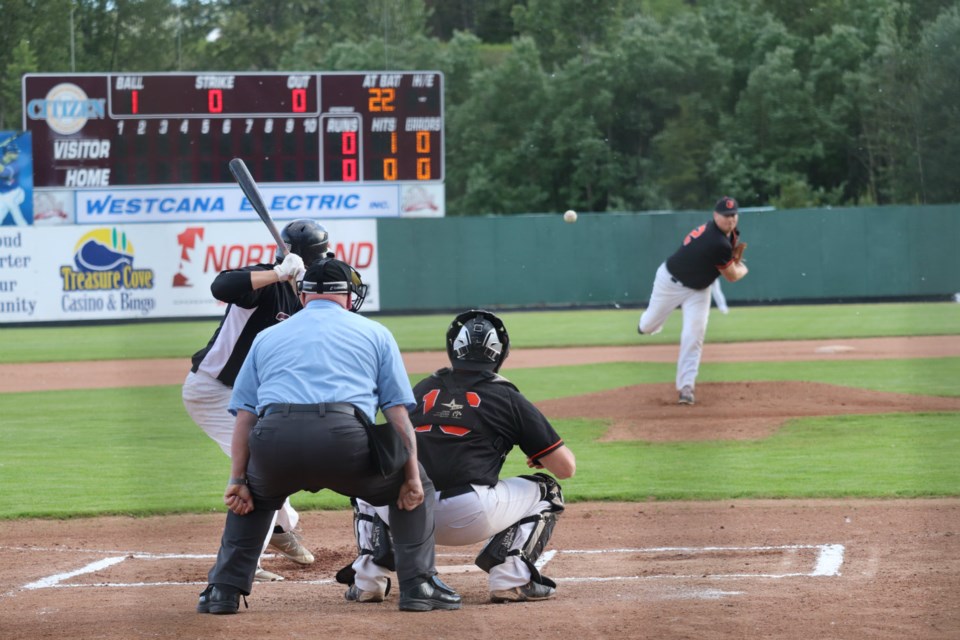 The last-place Tigers pulled off a major upset in PGSBL this week, delivering a three-run victory over the top-ranked Red Sox.

This was only the Sox’ third loss of 2019 with three games left on their schedule.

The 9 p.m. start proved to be too much for the Gladiators, getting shut out for just the second time this season.

For the O’s, it's the fourth time they didn’t allow a scored run.

The Orioles extended their win streak to three games and got back to 500 on the season after this close contest.

The O’s were down 4-2 going into the bottom of the sixth inning, took a walk and a hit-by-pitch that allowed Kalen Kirkpatrick to score an RBI single and cut the deficit.

(NOTE: Week was shortened due to Knights’ prior commitment to B.C. Minor Baseball)

There are four games scheduled at Citizen Field next week following the August long weekend.

A doubleheader will take place on Tuesday (Aug. 6); the Knights will face the Gladiators at 6:30 p.m. and the Red Sox will host the Orioles at 9 p.m.

A full schedule is available on the PGSBL website.

Prince George pitcher named to Canada’s 2019 national women’s baseball team
Jul 15, 2019 10:59 AM
Comments
We welcome your feedback and encourage you to share your thoughts on this story. We ask that you be respectful of others and their points of view, refrain from personal attacks and stay on topic. To learn about our commenting policies and how we moderate, please read our Community Guidelines.