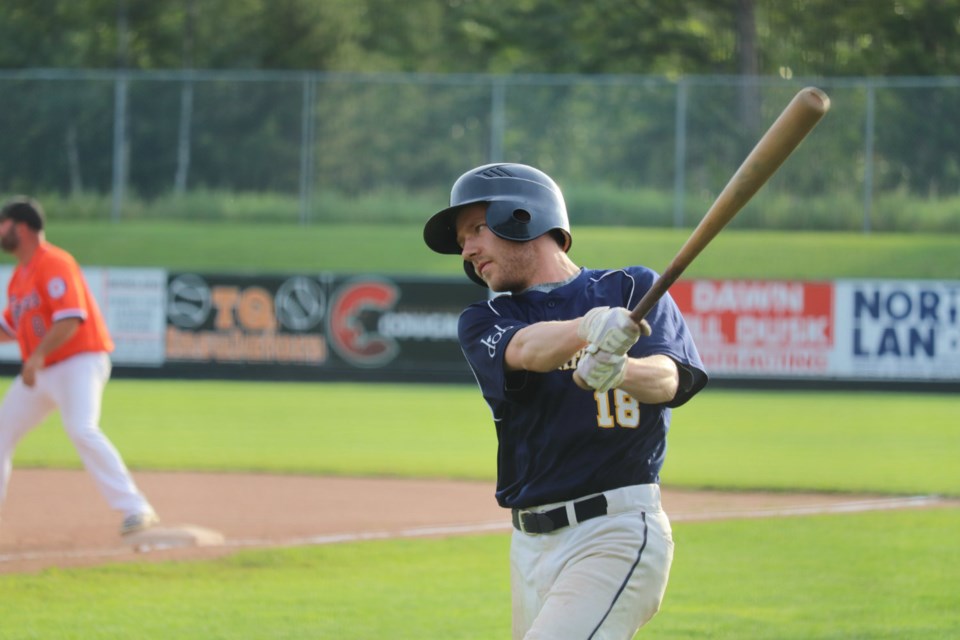 After claiming the 2019 B.C. Minor Baseball and Baseball B.C. Provincial titles, the red-hot Knights went back to work on the sticks with 10 hits, including an RBI double in the third from Kolby Lukinchuk.

Pitcher Brady Pratt went wire-to-wire with three strikeouts in the victory and only allowed six hits.

History was made in this game!

Not only were all 10 runs scored in the bottom of the first inning, but eight of those runs came off a pair of grand slams.

Brandon Hunter and Curtis Sawchuk went over the leftfield and rightfield walls respectively for the Mariners, retiring Orioles’ pitcher Craig Horswell after two-thirds of the opening frame.

The Knights closed out the 2019 PGSBL season with two straight victories, handing the M’s a loss in their last contest before playoffs as well.

After trailing 4-2 going into the fifth inning, Prince George put on an offensive clinic in the final three frames, starting with a Lukinchuk solo home-run over left-centerfield.

Queensway’s pitching struggling led to untimely errors on defense, allowing the Knights to score five times in the seventh.

Despite being shorthanded and calling up a pair of Bantam AA players, the Gladiators were able to shut down the O’s early and hang on to win their last game of the year.

Pitcher Calvin Todd not only threw a complete game, but he also went three-for-five (3/5) at the plate with a trio of singles.

D.O.B also turned away two double-plays thanks to call-ups Caleb Poitras and Preston Weightman, going 5-4-3 to end the second and fifth innings.

The Tigers went through five different pitchers to so solidify a tie for second-place going into the post-season.

They clobbered 10 hits in the contest, including five doubles (three in the first inning) and two from rightfielder Adam Norn.

(NOTE: The Red Sox changed their name to the Mariners)

The 2019 playoffs for the PGSBL begins this Tuesday, Aug. 20 at Citizen Field.

PHOTOS: Prince George Bantam Knights win B.C. Minor Baseball pennant at home
Aug 6, 2019 3:25 PM
Comments
We welcome your feedback and encourage you to share your thoughts on this story. We ask that you be respectful of others and their points of view, refrain from personal attacks and stay on topic. To learn about our commenting policies and how we moderate, please read our Community Guidelines.