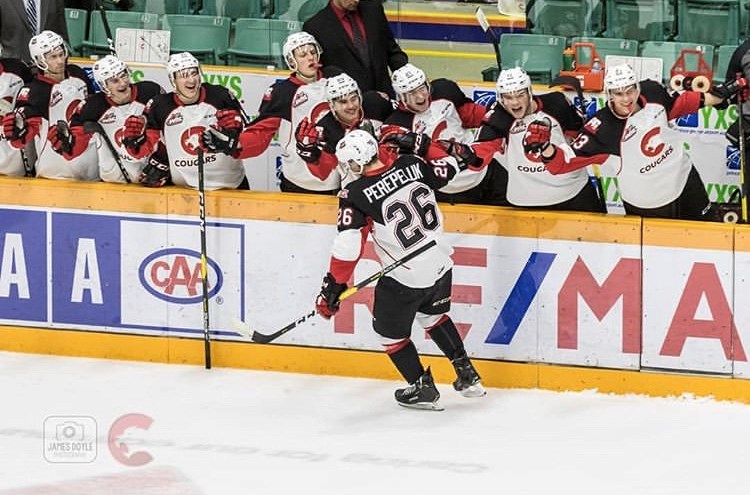 “In comparison to last year, we are very pleased to see improvements in our home game schedule this season.”

That’s from Prince George Cougars’ Vice-President of Business Andy Beesley in a team statement as the 2019-20 schedule has been released for the Western Hockey League (WHL), with the Cats’ home-opener scheduled for Sept. 20 against Vancouver.

In addition to that Friday night contest, Prince George will have 34 games at the CN Centre, which includes 22 weekend nights, 11 on Fridays and 11 and Saturdays, one on Family Day Monday (Feb. 17, 2020), and 11 mid-week match-ups.

This is an increase from home weekend games in the 2018-19 season, when the Cougars only played 18.

Despite the changes, Beesley adds the Cougars will “continue to seek further improvements in the coming seasons to ensure our fans have the best possible home schedule and experience as the rest of our league.”

In the 2019-20 season, Prince George will face B.C. Division teams 18 times on home ice and five against their closest rival, the Kamloops Blazers.

The busiest month for the Cougars will be February 2020 with 13 games, including eight at the CN Centre.

Featured games this season, in addition to the home opener, will see a ‘Teddy and Toque Toss Night’ (Dec. 14 against Victoria) as well as a ‘Country Night,’ ‘Oktoberfest,’ and the annual ‘Fan Appreciation Night’ set for the final weekend of Mar. 6.

All home games will face-off at 7 p.m., with the exception of the 2 p.m. Family Day start.

The Cats will also play no more than six road games in any of the seven months on the WHL calendar and this season, they’ll make the long trek out to the East Division for games in Brandon, Winnipeg, Moose Jaw, Regina, Prince Albert, and Saskatoon.

Fans will see Central Division teams each play one night this year in B.C.’s northern capital.

Prince George’s full schedule can be found on the Cougars website.

There are also no pre-season games at the CN Centre this year as the Cougars will play a mini-tournament in Langley and a mini-series in Dawson Creek against Edmonton.